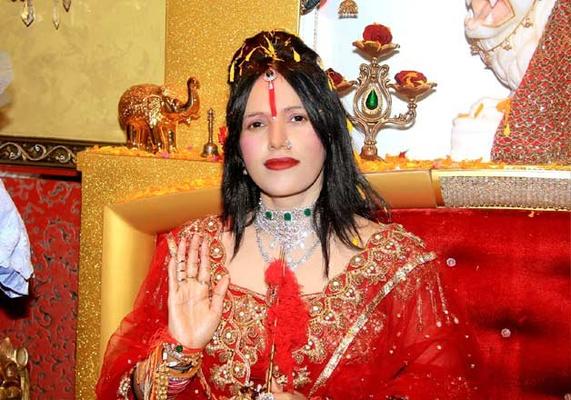 As per the latest news, the controversial godwoman Radhe Maa has been approached by the makers of Bigg Boss. If reports turn out to be true, the show will certainly get spiced up just like season 10 when self-proclaimed godman Swami Om became a part of the show.

Several speculations doing rounds regarding the celebrity contestants who will enter the controversial house this year. Now as per latest reports, Self-proclaimed ‘Godwoman’ Radhe Maa might enter the reality show Bigg Boss 14. Sukhvinder Kaur who’s popularly known as Radhe Maa was also approached for the show in previous season, but now as per latest reports, Radhe Maa is likely to be seen in Salman Khan hosted reality show this year.

Well, it would be stimulating to see her on the show with other TV actors who are likely to be seen on the show this year. Now it would be fascinating to watch how she pledges with other contestants after getting locked in the Bigg Boss house.