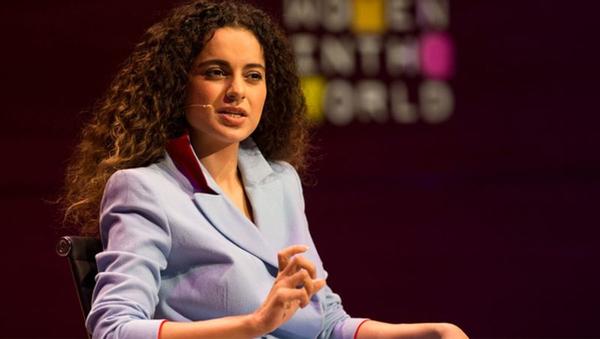 Kangana Ranaut is surely one of the most vigorous celebs on Twitter. Earlier, her team used to tweet on her behalf, but a few days ago, she herself came on Twitter. Well, we know that Kangana’s tweets are always provocative and grab the headlines. In her recent tweet, Kangana has compared Mumbai with POK (Pakistan Occupied Kashmir), which did not go well with people on social media.

So, a few days ago, Kangana had tweeted that she is frightened of the Mumbai police more than the movie mafia and would wish to get shield from the HP government or directly from the Centre. Well, in reply to this, Shiv Sena leader, Sanjay Raut, in Shiv Sena’s mouthpiece Saamana wrote, “We kindly request her not to come in Mumbai. This is nothing but insult to Mumbai police. The Home Ministry should take action over it.”

Now, in reply to this statement of Raut, Kangana went on to compare Mumbai with POK. She tweeted, “Sanjay Raut Shiv Sena leader has given me an open threat and asked me not to come back to Mumbai, after Aazadi graffitis in Mumbai streets and now open threats, why Mumbai is feeling like Pakistan occupied Kashmir?”

Many people including the celebrities trolled Kangana for her statement on Mumbai police. Actor Renuka Shahane got into a battle of words with Ranaut, each intent on shaming the other. Another Mumbai ‘outsider’ actor Swara Bhasker, who has engaged in several feuds with Ranaut, thanks Mumbai Police for making the city safe and barred Kanagana for her take.

Well, we think Kangana has appeared to have traversed a line when she mentioned that Mumbai felt like Pakistan-occupied Kashmir (PoK) and criticised the Mumbai Police. What do you think?