Saif Ali Khan Roped in for Prabhas' Adipurush, Excited Much? 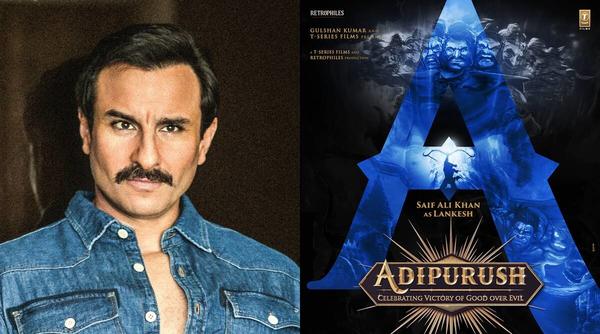 Bollywood actor Saif Ali Khan has been fastened in to play the adversary Lankesh in Om Raut directorial Adipurush, starring Prabhas in the lead role. The film marks Saif’s second collaboration with Om. They have previously collaborated on Tanhaji: The Unsung Warrior.

In Adipurush, Saif plays the “world’s most intelligent demon” that existed 7000 years ago. Saif Ali Khan said in a statement, “I am thrilled to be working with Omi dada again! He has a grand vision and the technical knowledge to really pull it off. He has taken me beyond the cutting edge of our cinema in the way he shot Tanhaji and this time he is taking us all further! It’s a phenomenal project and I am super thrilled to be a part of it!”

He added, “I look forward to clashing swords with the mighty Prabhas and to play a role that is electrifying and demonic!”

Saif has cut out a completely different space for himself, thanks to his powerful choices in films. At a time when films are high on concept and content are setting new standards, the Nawab has been eager to experiment and how. Plus, his acting prowess as a performer and his soaring on-screen presence make him a perfect match for all kinds of roles.

Adipurush will be shot bilingual in Hindi and Telugu. The 3D extravaganza will have a gigantic release with the film dubbed in Tamil, Malayalam, Kannada, and several other foreign languages.

Want A Role In A Bollywood Film? Fight With A Star!

Anushka Sharma Not doing Adipurush; will get back to work by end of April 2021

Om Raut on Adipurush: Prabhas has to attain an archer's physique

Kartik Aaryan was keen to star in a film with Deepika Padukone?

Rishi Kapoor is all praises for Ajay Devgn's Tanhaji