Guess Who Won Khatron Ke Khiladi - Made in India? 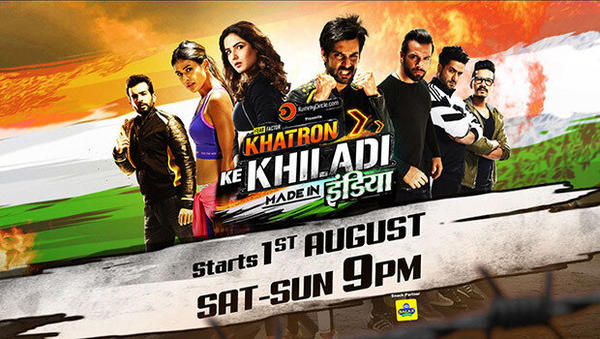 TV star Nia Sharma who was recently seen in Ekta Kapoor's Naagin 4, has won the winning title of filmmaker Rohit Shetty hosted reality show Khatron Ke Khiladi: Made In India. Nia Sharma defeated her co-contestants Karan Wahi and Jasmine Bhasin to emerge at the top of the leader board.

In a statement, Nia said, “What started off as a fun special edition of Khatron Ke Khiladi - Made In India, very quickly became my sole agenda to win the season. I gave my all to every stunt that I performed on the show. Also, the team always showed immense faith in me and encouraged me to go and give my best. I did not want to let go of the second opportunity that Colors gave me. I wanted to win and I would not have been at ease with any other result.”

“Winning the season brought a sense of happiness and satisfaction within me. It was also my answer to those people who thought Nia was only about make-up and styling. No, she’s not. She is a winner and she has proven it with this win!” she added.

The electrifying grand finale saw a whole lot of action-packed stunts as the contestants engaged in a gripping race to the top. There were ferocious pythons, spinning stunts performed at towering heights, and a three-part heist stunt designed specially by Rohit Shetty wherein the contestants had to locate a necklace to win the ultimate battle. While the first two episodes were hosted by Farah Khan, Rohit Shetty continued with the rest of the show. It featured Karan Wahi, Karan Patel, Rithvik Dhajani, Jasmin Bhasin, Bharti Singh, Aly Goni, Jay Bhanushali and Haarsh Limbachiyaa apart from Nia Sharma.

Celebrities in this Article: Nia Sharma

Nethra Walks Away With The “Khiladi”