Audience Trolls Sadak 2 as It Released OTT, Film Gets Low Ranking on IMDb 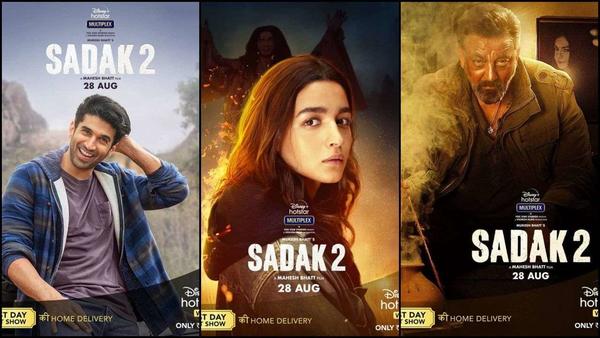 The movie, which happens to be the much talked about sequel of Sanjay and Pooja’s 1991 release Sadak, recently released on OTT platforms. While Sadak 2 was the talk of the town since its beginning, the movie opened to poor reviews from both the audience and critics. In fact, the netizens have been trolling the movie on social media. This isn’t all. Mahesh Bhatt’s directorial comeback has become the lowest rated movies of all times on IMDb. Yes! You read it right. Sadak 2 has got 1 rating on IMDb and is currently the worst-rated title on IMDb. Fascinatingly, movies like Ajay Devgn's Himmatwala, Abhishek Bachchan-starrer The Legend of Drona and Himesh Reshammiya’s Karzzzz, which were a box office disaster, have scored a better rating on IMDb.

Well, the movie has no significant plot or quality script. It is quite predictable that the movie will bomb after the release. The only good thing about Sadak 2 are the songs which are bearable and soothing while you plan to watch the whole movie till the end.

Sadak 2 Trailer Is Now the 3rd Most Disliked Video in the World!

The Internet Has Dissed Alia Bhatt's Sadak 2 Trailer, Just Like It Promised

Is This a Good Time to Take a Home Loan?

Chhapaak: What is the truth behind the low imdb rating of this Deepika Padukone starrer?

Alia Bhatt goes sans makeup again, and this time, it's for Sadak 2

'Sadak 2' Day 4: Pooja Bhatt shares a picture from the sets

Alia Bhatt And Sidharth Malhotra to star in 'Sadak 2'?