Jennifer Winget Was Offered 3 Crore per Week for Bigg Boss 14!!! 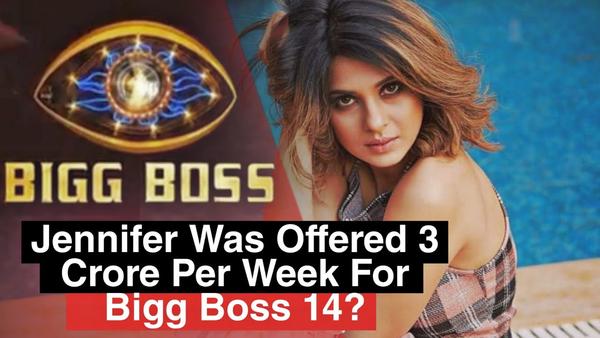 It was stated that the pair of Shivin Narang and Jennifer Winget may once again be seen together on the small screen. Both TV stars have received offers from reality show Bigg Boss-14. It is also said that Jennifer Winget has been offered three crores per week for the show.

According to a social media handle- The Khabri, Jennifer was offered Rs 3 crore to participate in the controversial reality show, but the actress has turned down the offer. The Khabri also reports that Jennifer's Beyhadh 2 co-star Shivin Narang is almost confirmed for Bigg Boss 14. Apparently, he was approached last year as well, but couldn't participate because of the show Beyhadh 2.

The Khabri tweeted, "Confirmed ! #JenniferWinget Refused #BB14 offer ! Her Manager confirmed ! She was getting 3 crores for doing this season. #ShivinNarang Almost confirmed For #BiggBoss14 ,Last year he refused because of Beyhadh2,Now he is full set to enter #BiggBoss2020."

But till now, neither the makers nor the celebrities have confirmed their participation. Promos of Bigg Boss 14, featuring host Salman Khan have already been dropped, and it has been confirmed that this season will officially be called Bigg Boss 2020.

The show is a favorite of millions across the country due to its unique format. Will look forward to watch the show once it goes on air.

Celebrities in this Article: Jennifer Winget

Bigg Boss Will Spoil My Image!

Zareen Khan on participating in Bigg Boss 14: Have zero tolerance to nonsense

Jennifer Winget: “Before Beyhadh, I was acting but not enjoying it so much”

Jenny is giving us travel-goals! Jennifer Winget's stunning pictures from her England vacay

Badhaai Ho Trailer Out : This time, the khush khabri is different

Find out! Jennifer Winget will be romancing Fawad Khan on screen