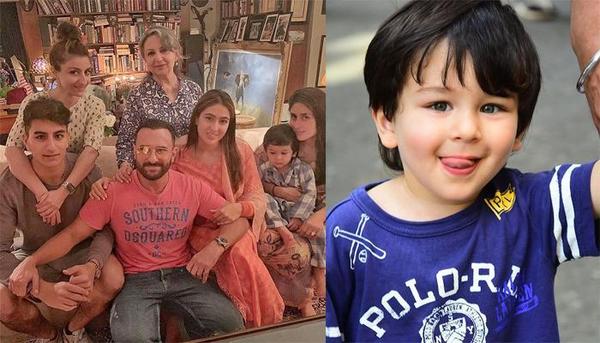 Kareena Kapoor Khan and Saif Ali Khan are expecting their second child and will become parents again. As per a media report, the couple shared an official statement that reads, “We are very pleased to announce that we are expecting an addition to our family. Thank you to all our well-wishers for all their love and support.”

On social media, Saif's sister Soha Ali Khan shared an ROFL post to congratulate the couple. She shared a picture of Saif and captioned it "The Quadfather," a spin on the title of Hollywood classic The Godfather. This will be Saif Ali Khan's fourth child - he has a son Taimur with Kareena Kapoor, and daughter Sara Ali Khan and son Ibrahim with his ex-wife Amrit Singh.

Earlier, on Wednesday, Kareena’s father Randhir Kapoor reacted on the rumors surrounding her pregnancy and said, “I hope it’s true and if so, I would be very happy. Doh bachche toh hone chahiye (One should have two children) to give each other company.” He told the entertainment portal that Saif and Kareena had not told him anything and has no idea if the news is true.

Saif and Kareena met on the sets of Tashan and fell in love with each other. After dating for some time, they tied the knot in 2012 and Kareena gave birth to Taimur on December 20, 2016. Meanwhile, on the work front, Kareena Kapoor Khan will be next seen in Laal Singh Chaddha opposite Aamir Khan which is postponed to December 2021 release due to coronavirus pandemic. Saif, on the other hand, will be seen in Amazon Prime show Dilli, films Bhoot Police and Bunty Aur Babli 2.

Saif,Kareena,Aamir Snapped At The Mumbai Airport