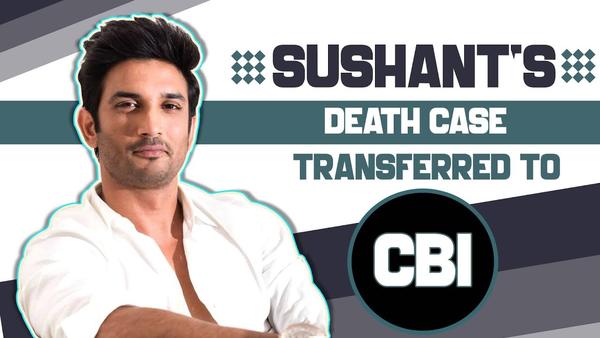 The Department of Personnel and Training issued a notice flagging way for CBI probe in Bollywood actor Sushant Singh Rajput’s death. The development came hours after Attorney General Tushar Mehta, appearing for the Centre, told the Supreme Court that it had accepted Bihar Chief Minister Nitish Kumar’s request for a CBI probe.

A bench regulated by Justice Hrishikesh Roy said the truth behind Sushant’s death needs to come out. “Truth should come out so far as the actor’s death is concerned,” the bench said. Rajput, aged 34, was found hanging from the ceiling of his apartment in suburban Bandra in Mumbai on June 14.

The Bihar Police had last week registered an FIR against Chakraborty, her family members and others on the charge of abetment to suicide, cheating, criminal breach of trust, criminal intimidation and wrongful confinement.

The lawyer on behalf of Rajput’s father claimed in the SC that Maharashtra Police was destroying evidence in the case. The probe of the Bihar Police SIT sent to Mumbai to investigate Rajput’s death has come to a halt after Patna City (Central) SP Vinay Tiwari, who is leading the team, was put into home quarantine by the BMC.

The Centre has accepted the Bihar government's request recommending a Central Bureau of Investigation (CBI) enquiry into Sushant Singh Rajput's death case, the Supreme Court was informed on Wednesday. Well, we hope that the truth behind Sushant’s death gets public.

AIIMS Report Rules Out the Murder Angle in Sushant's Death

What is a Psychological Autopsy?

What is the Stun Gun Theory in SSR Case That Everyone is Talking About?

Sushant Singh Rajput's cousin on Rhea Chakraborty's being interrogated by the CBI; says 'She cannot escape the investigation'

Parineeti Chopra, others welcome SC's verdict on SSR's death case: This is a positive step

Shekhar Suman reveals why he took a backseat from Justice for Sushant Singh Rajput movement, says he is waiting for his family’s approval