Ram Lalla Will Finally Be Brought Back Home 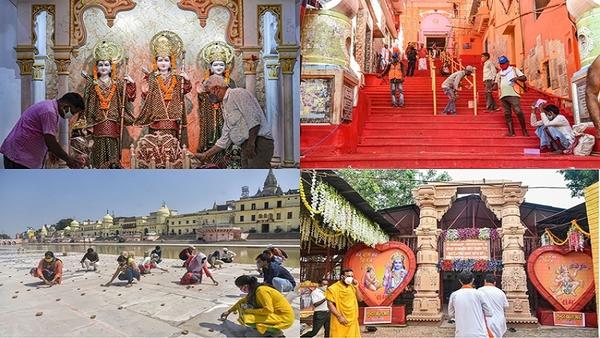 After a wait of centuries, Ram Lalla will finally be brought back home!

It was a historic moment when PM Modi did the bhumi pujan or the ground breaking ceremony of the controversial Ram Mandir. After a lot of bloodshed and a fierce legal battle, Ram Lalla won the case for this disputed land in Supreme Court. This brought a lot of cheer and joy to the Hindus and preparation for Ram Mandir began quickly.

It is well known that Ayodhya is considered the birth place and the home of Lord Ram. It is believed that there was a temple for Ram Lalla on this piece of land. Like many other temples in India, this was brought down by invader Babar, who erected a mosque at the same spot. In 1990, Hindus gathered at this place and attacked the mosque, wanting to construct a temple for their Ram Lalla again. This led to a bloodbath in the country and the relationship between Hindus and Muslims soured for good. After the Supreme Court ruling, there was a wave of joy amongst the masses. But the Muslim bodies have expressed their disappointment and unhappiness over this decision.

Laying down the first silver brick in the foundation, PM Modi said that the wait of centuries had ended. He said that a grand temple will now be built for “Ram Lalla”, the infant Ram, who had been living in a temporary tent for years. He also thanked all the people who made huge sacrifices to make this moment happen. A postal stamp was also released to mark the big event.

Gorakhnath Temple Sets the Tone for An Inclusive Future

Ram & Sita To Get Married

Temples are Set to be Bigger and Grander!