Kapil Sharma is Back on the Telly 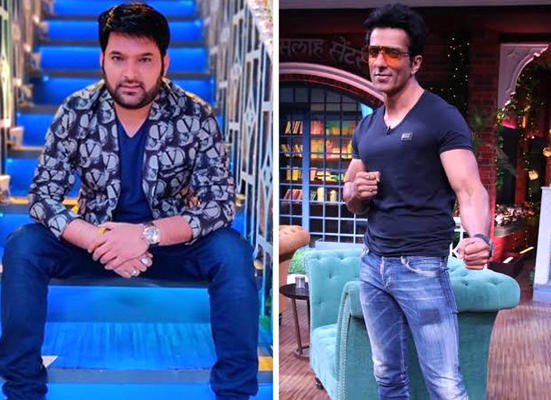 The Kapil Sharma Show made its appearance on TV this weekend. The show resumed shooting a few days back. We saw glimpses of their preparation for shooting in times of COVID. They even showed us all the precautions that were being taken in the show itself. The major difference was that there was no live audience on the show. Kapil did talk to a few guests, but these interactions were made online.

Other than this, there was nothing new in the show. Kapil was found repeating the same old jokes that fail to draw a smile now. A few extra jokes were cracked in the COVID-19 theme, but they also seemed to flat flat. The high point was when finally Sonu Sood was brought in. Listening to real life stories of the pandemic times was really interesting. Sonu Sood has drawn appreciation during these times, and rightly so. As always, the guest on the show was the only entertaining factor!

The Kapil Sharma Show Will be Back Soon!

No body double for Sonu Sood in Manikarnika: The Queen Of Jhansi

Sonu Sood: Playing villain in Simmba will be challenging

Sonu Sood wants to spread his wings in Pakistani film