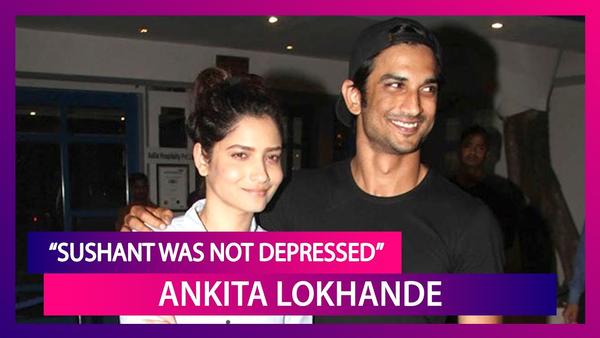 Ankita Lokhande finally broke her silence on Sushant’s death. Ankita in an interview to Republic TV, has said that Sushant could not have been ‘depressed’.

“Sushant was not the guy who could commit suicide. We have seen worse situations when we were together. He was a happy-go-lucky guy,” she said. Ankita and Sushant met on the sets of their television show Pavitra Rishta, and were in a relationship for six years until 2016.

She continued, “How much ever I know him, he wasn’t a depressed guy. I have not seen a person like Sushant, a guy who used to write his own dreams, he had a diary... He had his 5-year plan — what he wants to do, how he will look, etc. And exactly after 5 years, he had fulfilled them. And when things like ‘depression’ are used after his name... it is heartbreaking. He might be upset, anxious, yes, but depression is a big word. Calling someone ‘bipolar’ is a big thing.”

Anikta also mentioned that it is “heartbreaking” when people call Sushant a “depressed” man because he was somebody who knew how to dream big and work towards making them into a reality.

Well, it seems like the news about Sushant being depressed is stretched by media and public. Do you agree with what Ankita publicized about Sushant?

More Celebrities Open Up About Struggles and Mental Health

Have They Really Broken Up?

Sushant Singh Rajput's ex-girlfriend Ankita Lokhande moves on! Check out who is her new love