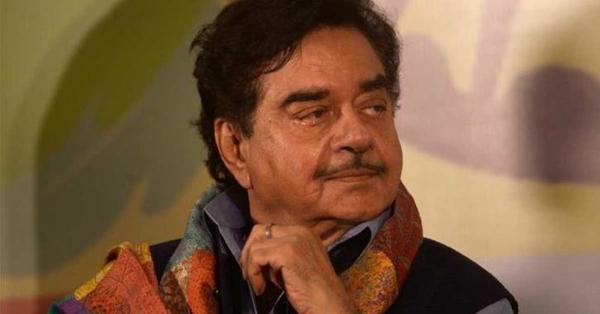 In response to the merciless trolling of Kangana Ranaut for speaking up against KJo and gang, Shatrughan Sinha has spoken out clearly. Shatru has spoken in support of Kangana and called out the karta-dharta gang of Bollywood who are currently being seen as 'the enemy' of outsiders. Talking to a news channel, Shatrughan Sinha said, "People say bad things about Kangana and they are wrong, highly condemnable, shameful and painful - What is the point in saying? If you can't boost someone's morale, don't do it. But this is what you'll do? Will you condemn someone like this by character assassination and try to ruin their life like this? Who are you? What support did she seek from you? What financial aid did she take from you? What blessings did she seek from you? Based on her own determination and commitment, based on her own confidence and her passion, she (Kangana) has progressed in life and the same way, our Sushant Singh Rajput was also rising. He was a big star and he had all the chances to become even a bigger star. It seems that the opportunities were crushed for him. Let me tell you, this industry is not your father's estate. This belongs to everyone."

He even said that the karta-dharta gang was jealous of Kangana's success! "These people are "irritated and jealous" because she has achieved so much without their mercy, their will, without joining our groups or any blessings from them."

It does not seem like the nepotism debate is going to die out any time soon.

Do you know about Shahid Kapoor's 'The Bike Riders' gang?

Kangana Ranaut: Bollywood ganged up against me; not going to spare them

Manikarnika trailer out: Kangana Ranaut as Rani Laxmibai will leave you awestruck