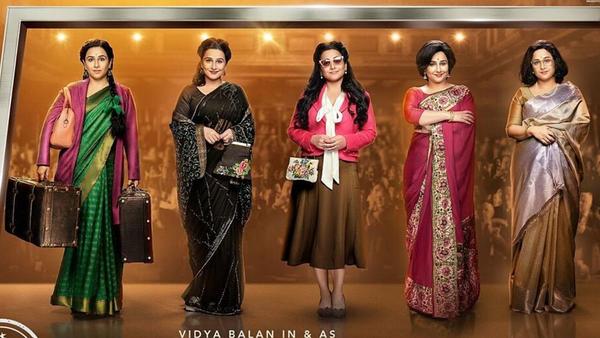 Before the trailer launch of 'Shakuntala Devi', Vidya Balan took to Instagram to announce the release date of the trailer and wrote, "Get ready to meet the genius! Trailer out tomorrow. Meet Shakuntala Devi on Prime on July 31."

The film is based on the life of mathematician Shakuntala Devi, a genius who was discovered at the age of five, when she solved a math problem meant for 18-year-old students.

Talking about the Shakuntala Devi, Vidya earlier said in a statement, "Shakuntala Devi was truly someone who embraced her individuality, had a strong feminist voice and braved many a naysayer to reach the pinnacle of success. But what truly fascinates me is that you wouldn't normally associate a fun person with math... and she completely turns that perception on its head."

Originally slated to open in May in theatres, Shakuntala Devi is now a straight-to-streaming première — a second for Amazon in India after the Amitabh Bachchan, Ayushmaan Khurrana-led Gulabo Sitabo in June — thanks to the ongoing coronavirus pandemic, which continues to keep cinema halls shut across India. Overall, Shakuntala Devi will be the third major Bollywood movie to skip theatres entirely and release directly on a streaming service.

Shakuntala Devi is written by Anu Menon along with Nayanika Mahtani, and the dialogues are penned by Ishita Moitra.

Celebrities in this Article: Vidya Balan

Vidya Balan: I was labelled jinxed after my first film was shelved, was replaced in 7-8 projects

Confirmed! Vidya Balan's Shakuntala Devi to release on this date on digital platform

'Shakuntala Devi': Vidya Balan feels that this is the best era in terms of how women are shown on screen

It's official! Vidya Balan to play 'human computer' Shakuntala Devi in her biopic