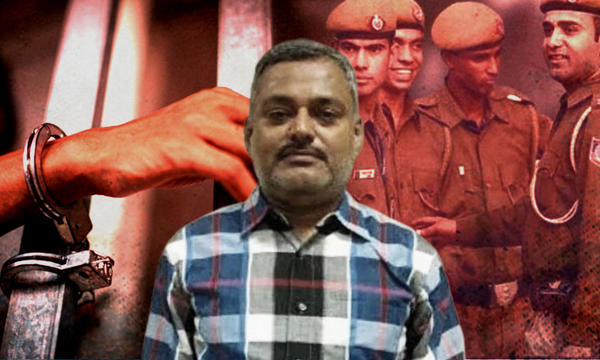 In a massive breaking on Thursday, the main suspect of Kanpur firing that killed 8 Police personnel and injured 6 - gangster Vikas Dubey - has been arrested. Vikas Dubey’s story is one of a kind and it is a sad truth that Bollywood masala thrive on such kind of story line.

In a massive break thorugh in the Kanpur encounter case on Thursday morning, wanted gangster Vikas Dubey has been nabbed in Ujjain, Madhya Pradesh. His arrest comes 6 days after Dubey and his associates fired on UP Policemen killing 8 and injuring 6. UP Police sources have informed that he will be presented in the Court on Thursday 12.30 PM, after which process to transfer the case to UP Police will begin.

Sources said that Vikas Dubey was spotted at Ujjain's Mahakal, when the Police recognised and arrested him. He reportedly paid Rs 250 for ticket in order to enter the temple. He is currently in custody. Soon after his arrest, Chief Minister Yogi Adityanath has spoken to Madhya Pradesh CM Shivraj Singh Chauhan and urged him to ensure safe and early transfer of the criminal. Sources also said that DGP's of the states will coordinate the process. Meanwhile, Madhya Pradesh CM also congratulated the MP Police for arresting the gangster.

Vikas Dubey - a history-sheeter is facing 60 criminal cases and is the main accused of the Kanpur encounter on the intervening night of June 2 in which 8 UP Police personnel were killed and 6 were injured. When the police team reached Dubey's hideout in Bikru village under Chaubeypur Police station, to arrest the gangster, bullets were fired from the rooftop of a building, killing Deputy Superintendent of Police Devendra Mishra, three sub-inspectors, and 4 constables. While two criminals were killed in the encounter, Vikas Dubey and his other associates managed to flee from the spot.

We are happy that Vikas is finally under police custody.

Punjab Police Lands Up in Mumbai to Arrest Rakhi Sawant.

Toxic Teaser: After Genda Phool, Badshah and Payal Dev are all set to surprise you with this melody, featuring Ravi Dubey and Sargun Mehta

Salim Khan: Threat not much of a concern for the family; only worried about Salman's safety

Another Gandhi in the Making?
LATEST EVENTS / GALLERIES
Most Read
...loading