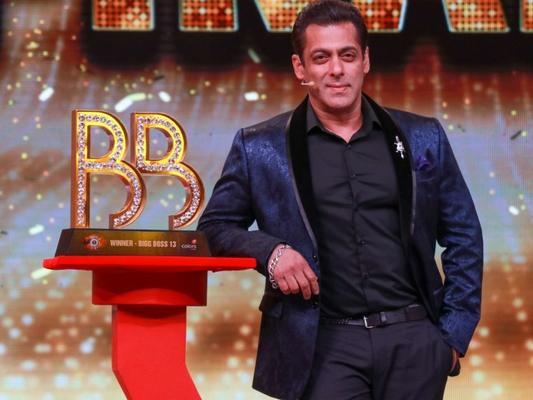 As we still deal with the Covid-19 pandemic, arrangements for the next season of controversial reality show Bigg Boss have already begun. And as Bigg Boss 14 has become the talk-of-the-town, according to reports, the show will likely air by the end of October this time.

The latest update surrounding the show is that, all contestants will undergo a COVID-19 test before entering the house. With that, they will also be following social distancing norms so don't get surprised if you don't see love prospering inside the Bigg Boss house unlike previous years.

In the intervening time, there’s a strong tinkle that the dashing host of Bigg Boss Salman Khan is set to return on show this year too, but has raised his fees. Gossip beans are abuzz that the Dabangg actor has again hiked his fees for BB 14, and will be charging a whopping amount of Rs 16 crores per week.

The actor had reportedly charged Rs 12 to 14 crore for last season- Bigg Boss 13 (last season). Talking about the contestants that may be a part of Bigg Boss season 14, a lot of names have appeared in media. And there’s a strong buzz that Bigg Boss 13’s finalist Paras Chhabra's ex-flame Akanksha Puri & Naagin 4 actress Jasmin Bhasin have been locked as two of the final contestants entering Bigg Boss 14, though we still wait for an official confirmation.

Well, it will be fun to watch Bigg Boss during this COVID-19 situation.