Shilpa Shetty Is Now a Vegetarian 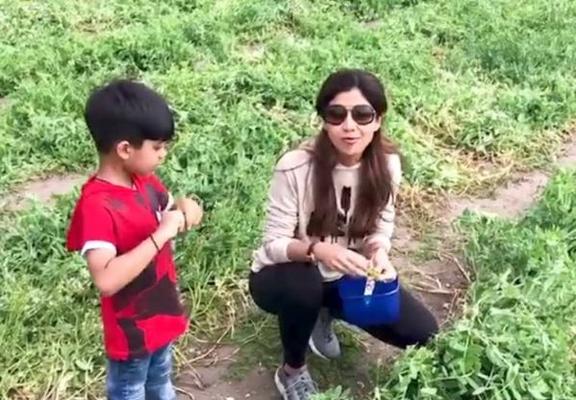 Shilpa Shetty is a big influencer for our youth. Shilpa moved on from being a failed starlet to becoming this charming celebrity when she won the Bigg Boss UK. Since then, she has been looked at with respect and she has made a mark for herself in the fitness world. From her Yoga to her cookery channel, Shilpa continues to influence people who are trying to get fitter and healthier.

This is why when Shilpa Shetty announced that she is now a vegetarian, it has become big news. A few days back she was posting recipes of non vegetarian dishes and now she is suddenly a vegetarian. Does this shock you? Shilpa reveals in her social media post that this has been a journey and it did not happen overnight. Here is what she said," Ahh! My ultimate dream, to grow my own, but for now… I have something to share. Since I’ve shared many milestones here, this is something… that’s a very personal choice, a hard decision for me; seemed impossible at one time, but it felt like a ‘calling’ of sorts. The shift happened gradually and NOW, I have accepted vegetarianism completely. Primarily, because I wanted to reduce my carbon footprint in the environment. Over the years, I’ve realised that cultivating livestock for food, has not only destroyed forests but also been the largest sources of carbon dioxide, methane, and nitrous-oxide emissions. These are majorly responsible for the climate change our planet is experiencing. Also, following a vegetarian diet is not only beneficial for animals, but also can actually protect us from heart disease, diabetes, obesity, can improve & also reverse cardiovascular health, and some major diseases. It’s the best change for OUR health and the health of the PLANET. So, to give back to nature as best as I can, here’s a choice I’ve made for myself.  Given my roots (Mangalorean), our diet always comprised of certain elements, meals would often feel incomplete without fish/ chicken as they became habits, then becoming an addiction. But ever since I adopted Yoga as a way of life, I always felt incomplete. I needed to step up… 45 years into this journey of life, and I’ve finally made the switch."

Celebrities in this Article: Shilpa Shetty

Guess Which Indian Was Voted the Sexiest Vegetarian Personality?

Guess Who's Opening a Daycare for Elderly???

Why Does Benafsha Want to Apologize to Shilpa Shinde?

Shilpa Shetty: I want to do comedy films