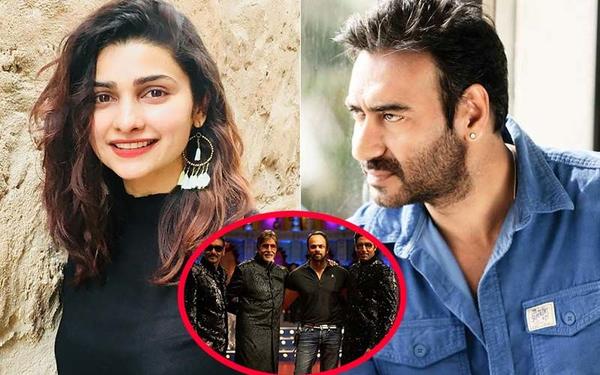 Prachi Desai called Ajay Devgn out for not tagging her and other cast members in the post remembering eight years of the film’s release. His tweet only mentioned Amitabh Bachchan, who made a special appearance, and Abhishek Bachchan.

Well, on Monday, Ajay had shared a number of behind-the-scenes pictures with Amitabh, Abhishek and director Rohit Shetty. “When the Bachchans speak, I listen(especially Amitji) #8YearsOfBolBachchan @SrBachchan @juniorbachchan #RohitShetty,” he wrote on Twitter.

Replying to Ajay’s tweet, Prachi called Ajay out for not mentioning her, Asin, Krushna Abhishek, Archana Puran Singh, Asrani, Neeraj Vohra, Jeetu Verma and other members of the team. “Hey @ajaydevgn looks like you forgot to mention the rest of us aka #Asin @Krushna_KAS @apshaha #Asrani ji #NeerajVohra ji #JeetuVerma , yours truly & everyone involved in making this baller of a film. #8YearsOfBolBachchan,” she wrote.

Twitter users lauded Prachi for correcting Ajay. “Good on you Prachi!! Mr.Ajay Devgan seems to have elapsed that Big B was there for ONE song only! The sheer disrespect is disgusting,” one user wrote in her reply to the tweet. “Correct, all artists should be mentioned equally,” another wrote.

Talking about Prachi, she won everyone's heart after her appearance in  Ekta Kapoor's daily soap Kasamh Se. She has been a part of films like Rock On!!, Once Upon A Time In Mumbaai, Life Partner, Azhar, I, Me Aur Main, Policegiri, and Rock On 2.

Bachchans Have Company in the Panama Leaks

Kareena To Get Intimate With Ajay Again!

Do Onions Make You Cry?