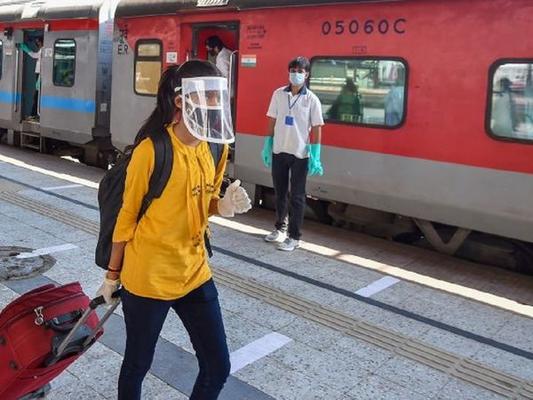 In a statement, the Indian Railways said, “First time ever in the history of Indian Railways, 100% punctuality of trains achieved with all trains on time. Previous best was 99.54% on 23.06.2020 with one train getting delayed.” Meanwhile, the Railways on Wednesday formally kick started its plans to allow private bodies to operate passenger trains on its network by inviting request for qualifications (RFQ) for participation on 109 pairs of routes through 151 modern trains, the national transporter said. The project would entail a private sector investment of about Rs 30,000 crore.

The railways had recently requested to all passengers to come to the station 90 minutes in advance and not earlier than that to avoid crowding at the premises.

Well, it is definitely a happy surprise to see Indian trains coming on time. What do you have to say on this?

The Food on Indian Railways Just Got More Expensive!

First Run of Tejas Express Shows Us What We Really Are!

Things to Expect When You Travel by the New Tejas Express.

Shraddha Kapoor trains rigorously for her upcoming next

Amitabh Bachchan to be face of Railways’ initiative, will convey special message to save lives