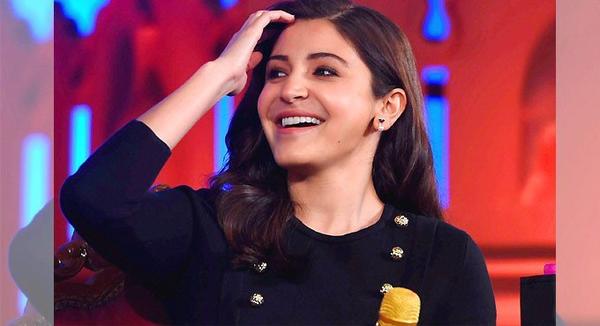 Anushka Sharma shreds no words when she talks about her work. She is one such actress who is clear that she will back genuine talent in her ventures. The actress, who comes from an army background, always rooted for talented people.

When asked about her journey in the movie industry and her take on supporting new talents, she said, "I have had a very interesting journey in Bollywood and I have tried to apply these important learnings from my experiences for my production company with (her brother) Karnesh. Right from my debut film, I worked really hard so that I could get a chance to collaborate with some of the best filmmakers of our country. My desire was to always try and work with the best writers and directors.”

“When I became a producer at 25, I was clear that I will back genuinely talented people who give their everything to make a mark with their pure, raw talent and who are looking for a foot into the business of films,” the PK actress added. She started her own production house Clean Slate Films, when she was 25.

Anushka Sharma’s production house Clean Slate Films, which gave some brilliant content to the viewers lately, have introduced some talented actors and their raw, unfiltered voice to the world. The production house made its debut venture with 2015 released crime-thriller NH10, followed by Phillauri and Pari.

Anushka Sharma’s latest production venture was Bulbbul, which was directed by Anvita Dutt, and saw actors like Tripti Dimri and Avinash Tiwary. The cinematography of supernatural drama film was done by Siddharth Diwan.

Why Did Anushka Have to Clarify That She Drinks Coffee?

The Amazing Story of Ranu Mondal: Talent Always Gets Noticed!

Who is Ananya Pandey and Why Do People Want Her to Be the Next Dharma Productions Gal?

Shilpa Shetty Will Make Her Own Film

Anushka Sharma: Was clear that I'd back genuine talent

Shah Rukh Khan: In India we don't learn acting, we just assume we are talented

Kajol Devgn: I am happy to be under Ajay Devgn's shadow

Anushka Sharma: It’s not easy to handle stardom like SRK and Salman, It’s a talent

Anushka plays a ghost in her next production!