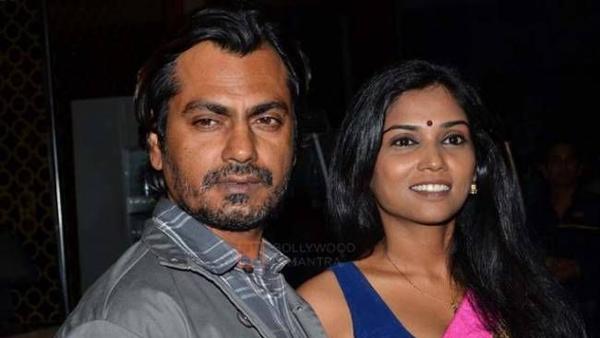 The report states that Nawazuddin had legally replied to Aaliya’s notice for ‘dissolution of marriage’ on 19 May, contrary to Aaliya’s statement of not receiving any response. According to the publication, Nawazuddin’s notice stated that he has been providing for their children’s expenses, their education and has evidence for the same, while his wife alleged that he had stopped paying the allowance.

“EMI is still being paid by my client. Other children related expenses too. Divorce notice was replied to but again, she has stated the contrary in order to defame through this well thought slander campaign,” Nawazuddin’s lawyer Adnan Shaikh is quoted.

In an earlier interview, Aaliya had stated that there is no going back on her decision to separate from the actor. “I haven’t yet thought anything about the future. However, I hope to get full custody of my children as I am the one who has brought them up”.

Well, as per our source, it has been stated that the actor in his notice has asked his wife not to make slanderous comments against him and also issue a written clarification for whatever she recently said.

Celebrities in this Article: Nawazuddin Siddiqui

Nawazuddin Siddiqui opens up on his divorce battle: I hope to fulfill responsibilities towards my kids

Finally, Nawazuddin Siddiqui reacts to allegations by estranged wife Aaliya Siddiqui with a notice for fraud and defamation

Amitabh Bachchan wore a lawsuit in an ad, which lands him in trouble

Nawazuddin and Rasika Dugal's starrer Manto first look is out

Why Is Nawazuddin's Video Going Viral?