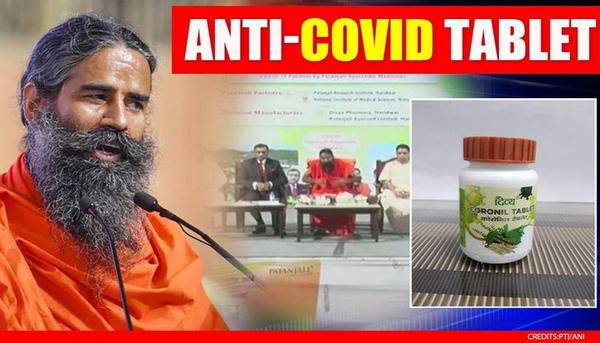 Baba Ramdev’s Patanjali Ayurved on Tuesday trundled out the world's first ayurvedic treatment for Covid-19 called Coronil and Swasari and claimed all clinical trials for the product were in place, following which Ministry of Ayush directed Patanjali to stop advertising and publicizing its claims till the issue is duly examined.

According to Patanjali, the products have been made in connotation with privately-owned National Institute of Medical Science, Jaipur. The company also claimed the medicines cleared a clinical trial in several cities including Delhi, Ahmedabad and Meerut and the RCT (Randomized Clinical Trial) controlled with placebo at the Jaipur-based National Institute of Medical Sciences & Research. To be sure, no clinical testing data was released by the company.

Reacting to the development of the medicine, the Ministry of Ayush said in a statement that claims and details of the stated scientific study are not known to it. “In order to make the ministry aware of the facts and verify its claims, Patanjali Ayurved has been asked to provide at the earliest details of the name and conformation of the medicines being claimed for Covid treatment; sites and hospitals where the research study was conducted, protocol, sample size, and institutional ethics committee clearance, registration and results data of the studies,” the Ministry said.

An official in the Ayush ministry, on condition of anonymity said, “The central ministry wasn’t involved in the process, as health is a state subject the state regulators have the powers to grant approvals. The claim, however, needs to be verified now that it has come to our notice.”

Well, the ministry has asked the Uttarakhand government to provide copies of license and approval details granted for the manufacture of Coronil. Patanjali is headquartered in Haridwar in Uttarakhand. Until the approval is received, government has barred Patanjali for Coronil ads.

Baba Ramdev is All Set to Open Patanjali Apparel Stores!

All You Wanted to Know About Patanjali's Swadeshi Messaging App.

Guess Who is Set to Compete With Baba Ramdev's Patanjali?

Is It Possible To Lose 1 Kg Every Day?

Have You Tried the Military Diet?