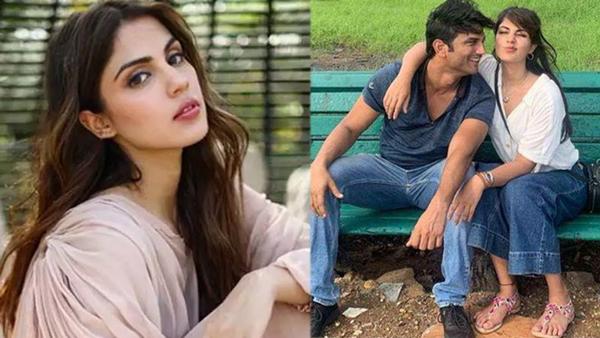 A new development has come up connecting Sushant’s death with haunting ghost. Sushant Singh Rajput’s precocious demise has stunned the industry and it has also flickered a debate over the prevailing culture of nepotism in Bollywood.

The Mumbai Police is doing a detailed probe into what provoked the young actor to end his life in such a tragic manner. Sushant Singh Rajput’s rumored girlfriend Rhea Chakraborty was beckoned by the cops yesterday.

She was interrogated for close to nine hours. The actress made a number of disclosures and some of them are quite astonishing. As per an entertainment portal, Rhea Chakraborty said that Sushant Singh Rajput’s former Bandra home was haunted. “That’s what I felt and even Sushant was disturbed while we were staying there,” she told the cops.

Also, Rhea has spoken about a number of things that includes how it was Sushant Singh Rajput who told her to leave the apartment around a week back. She said she did not leave of her own consensus. The portal quoted her as saying, "I did not leave the house on my own. I wanted to give him space to think for himself." We do not know what more secrets will come forth as the investigation deepens into the matter.

Well, do you think Rhea is actually telling the truth or diverting the police by her ill quoted statements?

Sushant Singh Rajput's father sitting next to his photo frame during the prayer meet, this picture is just heart-breaking.

Rumoured couple Sushant Singh Rajput and Rhea Chakraborty to star together in their next?