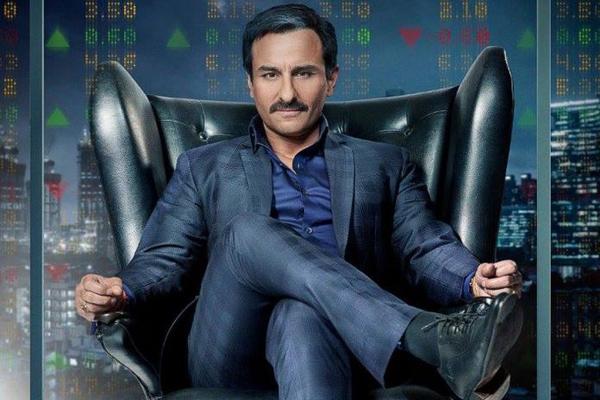 Actor Saif Ali Khan has said that he was glad to shack his ‘privileged’ image and earn the respect of his peers with his performance as Langda Tyagi in Vishal Bhardwaj’s Omkara.

In an interview with Anupama Chopra, when she asked him about how the cast and crew started referring to him as ‘Khan sahab’ after the first day of work, Saif said, “Being the kind of person I am, the films that I have done, there has also been as sense of privilege and lack of privilege, and people coming up the hard way and people coming up the easy way, that’s always been the undercurrent, especially in an ensemble like this, with some of these NSD guys and film institute chaps.”

He added, “They’ve come up purely through talent, while some of us, frankly, have had doors opened for us by privilege of our birth and the parents we’ve had. So, given that undercurrent, when you’re on set and you do a scene and you are as prepared as anyone else and you deliver a line which is on par with if not better than everyone, then you feel better. And to earn the respect of those guys felt really important. Coming from Vishal Bhadwaj, Saif said, a compliment like ‘Khan sahab’ was special, because he’d worked with the likes of Naseeruddin Shah in the past.

In an earlier interview to a media house, talking about nepotism, Saif had said, "Nepotism is a horrible thing. I am totally against nepotism. I have benefited from it for sure. Definitely, we have more opportunities than people who are not connected to movies."

Well, it seems like the truth is all out and we should think about the real issues pertaining in the movie industry.

Shahid Kapoor: Working with Sanjay Leela Bhansali has been a privilege

Ranbir Kapoor: I am a "product of nepotism”

Ayushmann Khurrana: The word nepotism is overused these days

Saif Is Back In His Rustic Action Avtaar!