Abhinav Kashyap Said What Everyone Thinks About 'Being Human'! 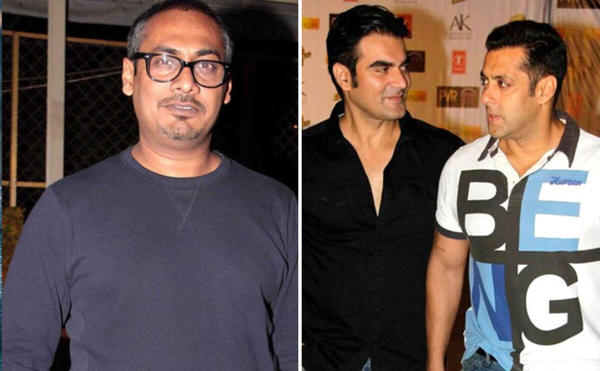 Film director Abhinav Kashyap has suspected that behind the frontage of charity, Salman Khan’s Being Human Foundation is involved in unlawful activities concerning to money-laundering. In a Facebook post, Kashyap has proclaimed Salman Khan owned Being Human of being a hub of money-laundering and asked the government to launch an investigation against the organization.

“Salim Khan’s biggest idea is Being Human. The charitable initiatives carried out by Being Human is just a show-off. During the shoot of Dabangg, Salman distributed 5 cycles in front of my eyes…but the next day, newspapers published that the actor distributed 500 cycles to poor. This was an attempt by the goons employed by Salman Khan to improve their master’s image and paint a favorable portrayal of him in the media so as to extract reductions from judges in the criminal cases he was involved in. Being Human today sells jeans worth Rs 500 for Rs 5000…and one doesn’t know in how many different ways money laundering is going on under the pretext of charity,” the post uploaded by Abhinav Kashyap on Facebook read.

The Dabangg director also added that Salman Khan and Being Human are pulling the wool over unsuspecting people’s eyes and making money off them. “The government should launch a probe into the Being Human organization. I will fully extend my cooperation with the government,” he said.

The suicide of Sushant Singh Rajput has unlocked a can of worms for Bollywood. Several directors, actors and industry-folk have openly jagged to the existence of Bollywood bullies. We are waiting to find out what happens next in this warped trial.

Would You Like to Buy a Being Human e-Cycle?

"Being Human" Stores to be Launched By Feb 2012

"Us versus Them" - How did we learn this prejudice?

Varun Dhawan: Salman Khan is the best human being

It’s official: Salman’s brand ‘Being Human’ has roped Amy as its new face

Salman Khan at The 10 year Celebration of The Magic Bullet

The Baby Who Catches Fire Spontaneously!

Govinda Ala Re! also happens in Spain
LATEST EVENTS / GALLERIES
Most Read
...loading