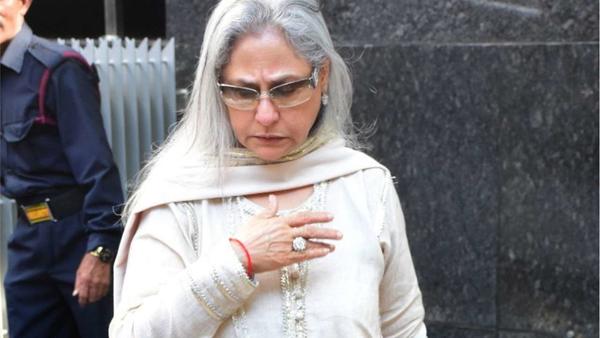 Jaya Bachchan’s old clip from Koffee With Karan is all over the social media and it's going viral for all the wrong reasons. In the video, Jaya can be seen speaking to the host of KWK, Karan Johar about her daughter-in-law, Aishwarya Rai Bachchan and why she finds her as the 'perfect bahu'.

Jaya says in the video, "She is such a big star herself, but when we are all together, I have never ever seen her pushing herself. I like that quality. I like it that she stands behind. She's quiet and she listens and she's taking it all in."

The twitter police did not like the regressive comment of Jaya Bachchan on Aishwarya. The netizens started schooling the actress and pointed out that women are the one imposing patriarchy on women more than men themselves. In the same video, Mrs Bachchan also added, "Amit Ji, the moment he sees her (Aishwarya), it's like Shweta (Bachchan Nanda) is coming home. His eyes light up. I think she will fill the vacuum that Shweta left. We have never been able to adjust that Shweta is not in the family. She's out and she’s not a Bachchan."

Netizens didn't like Jaya's statement about Shweta either and schooled the senior actress that even though Shweta is married, she will always be her daughter first. Some said, It's like she disowned her daughter after she got married.

Well, we think that Jaya Bachchan should understand the right values in a relationship before citing any statements on national television.

Big B, Abhishek Bachchan are super proud of their newly-graduated Navya Naveli!