The Killing of a Pregnant Elephant in Kerala Shakes Up India 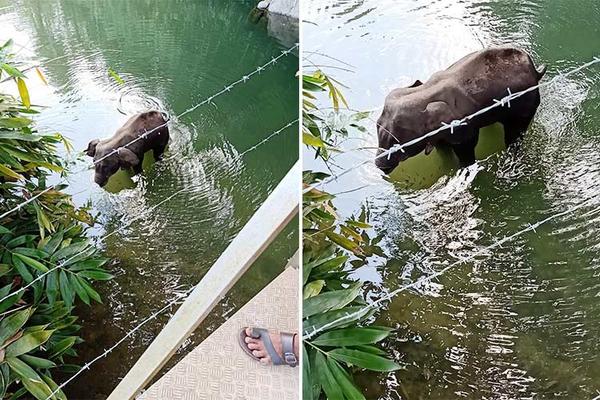 The tragic death of a pregnant elephant in Kerala has dazed the entire nation. The incident is of Mallapuran district where the innocent elephant had entered into a village in search of food, but the villagers fed her a pineapple stuffed with crackers. The 15-year-old elephant suffered serious injuries on its tongue and mouth as the crackers exploded and it later died.

The former union minister also questioned the silence of Congress leader and Wayanad MP Rahul Gandhi for not taking any action in this tragic episode.

Industrialist Ratan Tata on Wednesday compared the killing of a pregnant elephant in Kerala to a "meditated murder", and sought justice for the animal. The Kerala government on Wednesday said a wildlife crime investigation team will enquiry the brutal killing, while the Centre took a serious note of the incident and sought a report from the state.

The entire nation wants justice for the elephant and punish the culprits for this horrendous act.

Kerala Devastation - How Can You Help?

Sidharth Malhotra keen to promote awareness about the plight of elephants

What! Salman starrer ‘Tubelight’ will not be released in Kerala theatres

How Many Such Freak Shootings Before They Implement Gun Control?