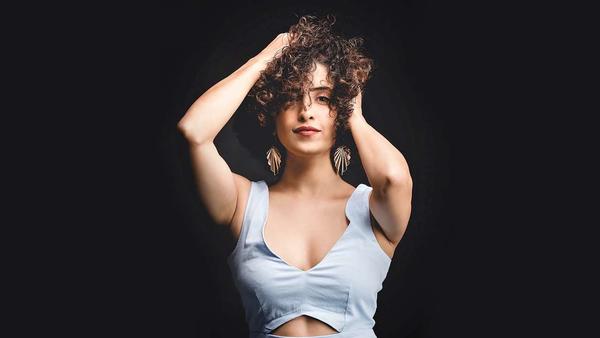 As per recent news, Sanya Malhotra recently injured her finger in a freak accident that will send quivers down your spine.

According to a report in leading media house portal, a source publicized that Sanya was at home making chutney when the lid flew off the blender. While trying to put the lid back on, her hand slipped into the blender and a part of her little finger was sliced off.

The source added, "Sanya was all alone at home and had started feeling drowsy due to loss of blood. She called a friend over to keep her from fainting while another rushed her to a suburban hospital where, after testing negative for Covid-19, she was admitted."

The actress had suffered two fractures, one dislocation and two-three major cuts on her fingers. Her old roommate Harshita Kalra moved in with her after she was discharged from the hospital. Sanya was already improving from an injured back and neck. She is planning to fly back to her parents in Delhi and recover.

Through the lockdown, Sanya has been always active on social media, sharing posts of hope and a better future and her dance videos. We hope that Sanya gets better and recover from the present injury.

Celebrities in this Article: Sanya Malhotra

Richa Chadha Shares a Glimpse of the Rock on her Finger!

Pruney Fingers after Being in Water for Long Time - Why?

Jewellery and You (Part III)

Pagglait: Sanya Malhotra reveals she began behaving like her character from the film

Sanya Malhotra reveals she didn't like her performance in THESE films

Photoshoot: Sanya Malhotra is winning the internet with her black one-shoulder dress

Sanya Malhotra: My job is to choose good scripts

Sanya Malhotra: I want to become a bankable actor

Sanya Malhotra: I'm not in a hurry to become anyone

Sanya Malhotra: Going slow in my career makes me happy

How Many Such Freak Shootings Before They Implement Gun Control?