Trailer of Abhay Deol's Next Cute Project is Out! 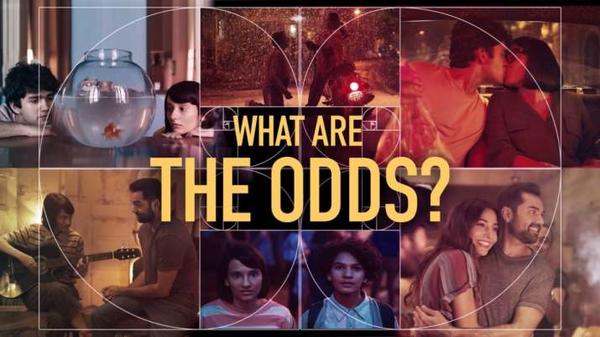 The trailer of Abhay Deol's next production 'What are the Odds?' is now out, showing the actor depict a rockstar in a cute boy-meets-girl love story.

'What are the Odds?' is Megha Ramaswamy's directorial debut and stars Yashaswini Dayama and Karanvir Malhotra, who are enormously popular face on the Internet and social media, thanks to several web series and sketches that they has been part of. Yashaswini was earlier seen in Dear Zindagi, Made in Heaven, Delhi Crime, etc, while Karanvir was last seen in Kabir Khan's The Forgotten Army.

What Are The Odds? is a coming of age story about two teenagers, Vivek (Yashaswini Dayama) and Ashwin (Karanvir Malhotra), who humbug school and what follows is a series of interesting events, that they might never forget in their lives.

The film is all set to have a worldwide digital release and will premiere on Netflix. The film also stars Monica Dogra, Priyanka Bose, Manurishi and Sulbha Arya.

Celebrities in this Article: Abhay Deol

Abhay Deol And Aditi Rao Hydari Launched The Mercedes-Benz B

A Peek Into Happy Ending