Is Digital Release the New Way Ahead for Bollywood Films? 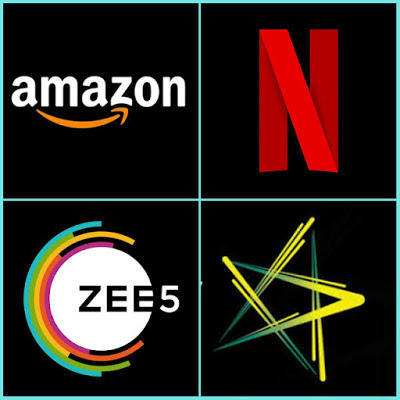 Seeing the current situation, the announcement of the direct digital release of seven films, including two major Bollywood movies, has divided the industry with several multiplex chains saying they are distressed and producers upset at the "unconstructive messaging" from the exhibitors.

The war of words, at a time where the entertainment industry faces crippling revenue losses following the coronavirus-forced lockdown, was triggered by Amazon Prime Video acquiring Amitabh Bachchan-Ayushmann Khurrana-starrer 'Gulabo Sitabo' and 'Shakuntala Devi', with Vidya Balan in the title role of the mathematics whiz, for direct-to-digital premieres.

Besides, there are reports that 'Laxxmi Bomb', starring Akshay Kumar, may opt for a digital release along with Janhvi Kapoor's 'Gunjan Saxena', another Bachchan-starrer 'Jhund' and 'Ludo', starring Abhishek Bachchan and Rajkummar Rao.

Well, the multiplex chains expressed displeasure over the new development. In a statement, INOX noted: “INOX would like to express extreme displeasure and disappointment on an announcement made by a production house today, to release their movie directly on an OTT platform by skipping the theatrical window run. The decision of the production house to deviate from the globally prevalent content windowing practice is alarming and disconcerting.”

Everyone is hit by the pandemic, including the exhibitors. But if the producers have taken a call to go straight to digital, probably that was required for them to do so. What do you think, will digital release be the new way ahead for Bollywood movies?

Ayushmann-Amitabh Film Gulabo Sitabo May Have a Digital Release

What is a Digital Locker and Do You Need One?

Abhishek Bachchan is All Set for His Digital Debut with This Webseries.

Anurag Basu: Bollywood will be defined by the pre and Post-Corona Eras

Shamita Shetty to help the elderly go the digital way