Much Needed Help - Free Food and Affordable Housing for Migrants 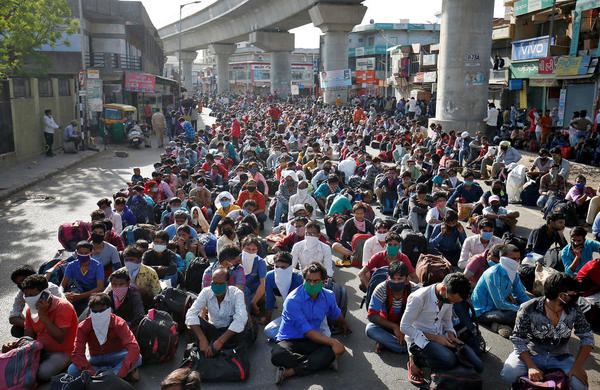 Over eight-crore migrants not enclosed under the National Food Security Act (NFSA) or State’s scheme, will get free food grains for two months wherever they are positioned. This will be a part of the measures announced by Finance Minister Nirmala Sitharaman on Thursday under the second tranche of ‘Aatmanirbhar Bharat Abhiyan (Self Reliant Campaign)’ of Prime Minister Narendra Modi.

The package announced by FM Sitharaman on Thursday totals to Rs 3.16 lakh crore and includes sops like free food grains for migrant workers, concessional credit to farmers and working capital loan for street vendors. The government also plans to give the real estate sector a boost by providing a one-year extension of subsidized loan for reasonable houses for the middle-income group.

Also, PDS ration cards will be made handy, allowing migrant workers to use their ration cards across states, FM Sitharaman said adding this would benefit 67 crore beneficiaries or 83 per cent of PDS beneficiaries, in 23 states by August. On Wednesday, the Finance Minister announced the mega relief package for small and medium businesses, non-financial banking companies and power distribution companies.

Well, economists expect the Indian economy could contract by up to 5 percent in the current financial year beginning April, a sheer fall from earlier government estimates of 6 percent growth. In this ruckus, we are happy that the government is taking steps to help the migrant people in the time of need.

Rajasthan minister: Padmavati will not be released in the state till shown Rajput community leaders

Meryl Streep's speech at an Award Function is a Must Watch!