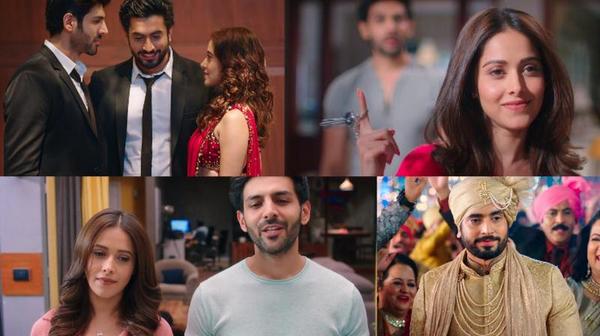 Producer Bhushan Kumar has confirmed that his recent hit comedy - Sonu Ke Titu Ki Sweety will be turned into franchises, adding that the sequel will be in the works soon.

Talking to a media house in an interview, Bhushan said, “We are definitely doing Sonu Ke Titu Ki Sweety 2, it’s a great franchise to take forward.” Starring Kartik Aaryan, Nushrat Bharucha and Sunny Singh in lead roles, the 2018 comedy was set around a bromance between the two male leads and also featured Alok Nath in an important role.

Bhushan’s next is with Ajay - Bhuj The Pride of India. The film was under production when all shootings were ceased amid lockdown in the wake of coronavirus. The producer told the daily that not much shooting is left, however, he was not sure if the film could be released on its stipulated release date in August.

Kartik had earlier claimed Sonu Ke Titu Ki Sweety defined his career. “It was a film that actually changed my life. My character of Sonu was an author-backed role and I feel we all need a friend like Sonu in our lives which is why this role is really special to me. After the film’s success, I started getting attention from the right kind of people. They started noticing me the way I wanted them to notice me. I started getting response from the people who I wanted to work with,” he said in an interview.

Well, it will be fun to watch the sequel of Sonu Ke Titu Ki Sweety. Are you excited for the sequel?

B-Town Buzz: Deepika and Nushrat to join Ajay Devgn and Ranbir Kapoor in Luv Ranjan's next?

Kartik Aaryan: I want to do serious films now

Taanaji: Ajay Devgn and Bhushan Kumar team up for the magnum opus

Nushrat Bharucha: I am not a star yet