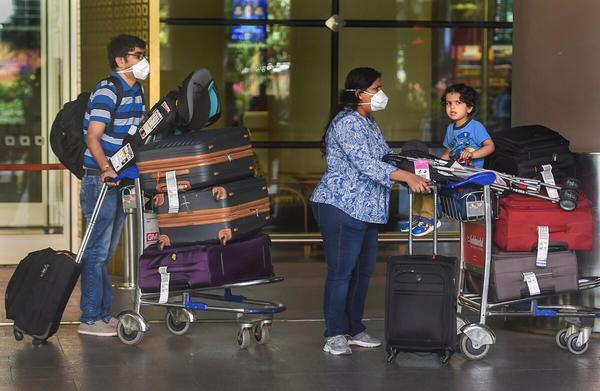 India will commence flights to bring back Indians stranded abroad from Thursday. The evacuation will be carried out in phases, said a press release from the Ministry of Home Affairs on Monday. Around 15,000 stranded Indians are expected to be flown back to India in 64 flights in the first week of the government’s mammoth exercise to evacuate stranded Indians from abroad.

The passengers will be charged for the flights, said union civil aviation minister Hardeep Puri. Adding charges is a commercial service being carried out under “special circumstances”. The minister said the exchequer does not have the space to pay for repatriation of more than 2,00,000 estimated stranded Indians.

The first phase of the evacuation will begin from May 7 to May 13, evacuating Indians from 12 countries: the UEA, Saudi Arabia, Qatar, Bahrain, Kuwait, Oman, Bangladesh, Philippines, Singapore, Malaysia, United Kingdom and the United States, according to the first week’s flight plan reviewed by leading daily.

India will be evacuating 2,100 citizens from the United States and 2,000 from the UAE in the first week. For now, only Air India flights - 40 from the national carrier and 24 from its subsidiary Air India express - will be deployed.

Well, we hope that the evacuation mission goes successful.

Lessons from Odisha - How to Evacuate a Million People!

London to Tokyo in Two and Half Hours!

Manoj Bajpayee and Deepak Dobriyal stranded in Nainital amid lockdown

Not Shakespeare, Vishal Bhardwaj to direct film on Osama bin Laden, al-Qaida next

Ali Fazal: Actors from India are getting good offers abroad

Men in Blue are the Champs!

Motorcycle Runs on Oxygen - Built by Students in Haryana