What Social Distancing? People Queue Up Outside Liquor Shops! 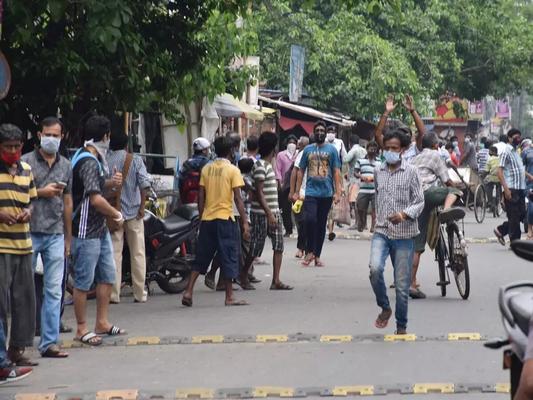 Long queues were seen outside liquor stores across India as standalone shops unbolted their counters for the first time after relaxation in lockdown.

On Monday, people were seen gathering outside the liquor shops from early morning even before the shops could open for sales. There were long queues in several cities including Delhi, Noida, Bengaluru, Kolkata, Mumbai and Jaipur. The Ministry of Home Affairs had prolonged the 40-day nationwide lockdown from Monday for two more weeks and allowed liquor and tobacco shops to open in the green and orange zones.

With only a selected number of shops open, those looking to buy alcohol had to first find a shop that was open and then join a serpentine queue. Hundreds of people turned up outside liquor shops that opened after 47 days in the capital, leading to chaos as social distancing norms were not observed and police in some areas had to resort to crowd controlling measures.

Well, we just hope that the virus is contained and does not spread out any further. Seeing the chaos outside the liquor shops looks otherwise.

RGV Does It Again!

Do We Really Need Prohibition as Advocated by Nitish Kumar?

Impulsive Shopping: Get A Grip On Yourself

Freida Pinto Spotted Shopping At A Designer Store In LA

Celebs at a Fashion Shop

Is Distance Ruining Your Relationship?

4 thiefs with Sledgehammers Vs 1 Old Woman with Purse