Ayushmann-Amitabh Film Gulabo Sitabo May Have a Digital Release 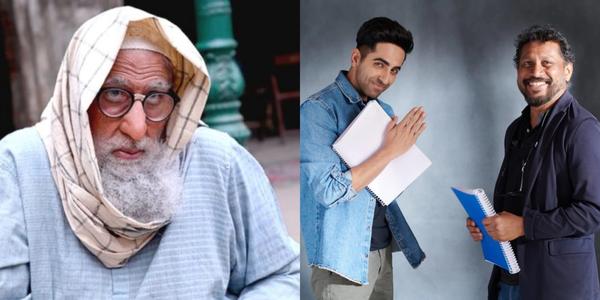 Gulabo Sitabo starring Ayushmann Khurrana and Amitabh Bachchan was planned to release on April 17. Currently with fewer chances of people returning to the cinema halls anytime soon, the director Shoojit Sircar opens up about releasing the film on digital platforms.

While speaking about the movie to a leading daily, Shoojit Sircar said, "As a filmmaker, I’d want to see my film open in the theatres, but the situation today is unlike anything anyone had ever experienced. So, I’m open to a digital release if need be, but we will take a decision after May 3."

Other than Gulabo Sitabo, Sircar has Vicky Kaushal starrer Sardar Udham Singh ready for release as well. The director notifies that the film is in post-production stage and warrants to be released on the silver screen. He says, "Since it is scheduled for January 2021, we are not thinking about it right now. I’d like a film like this to be a big screen experience. I have lived with this dream for so long that when we were shooting at Jallianwala Bagh, I had tears in my eyes."

Well, we are excited to see Gulabo Sitabo soon in our TV. Gulabo Sitabo marks Ayushmann and Shoojit’s second collaboration after the actor’s successful debut film Vicky Donor in 2012.

Is Digital Release the New Way Ahead for Bollywood Films?

Shoojit Sircar Brings Relief to Irrfan Fans With This Announcement!

Shoojit Sircar Did Not Allow Varun to Sleep While Shooting 'October'!

Piku Is A Dream Role For Irrfan

Shoojit Sircar to direct Amitabh Bachchan for the third time!

Varun Dhawan: I wanted to work with Shoojit Sircar

Beware, Aatma Has Been Released Today!

Trailer of the movie - The Muppets