Why Did SidNaaz Fans Troll Devoleena? 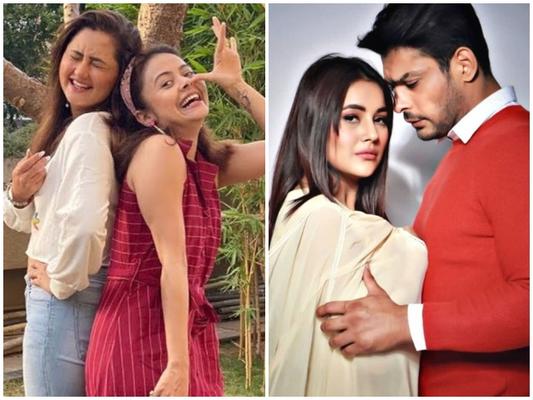 Celebrities are often beleaguered by trollers for anything and everything they do, making them more aware of their actions and whereabouts. Recently, actress Devoleena Bhattacharjee was trolled cruelly for her nasty comment.

It all started with a live chat session between the actress and her fellow Bigg Boss contestant, Rashami Desai. During the chat session, Devoleena was asked about her views on the lately released song Bhula Dunga which features her Bigg Boss companions, Sidharth Shukla and Shehnaaz Gill. The song is still trending on YouTube and social media, and was loved by ‘Sidnaaz’ fans for their chemistry. However, Devoleena had an unlike opinion, as she had replied, "I liked Sidharth a lot in it, but I did not see chemistry between him and Shehnaaz as he is quite older to her." The actress wanted to see, Rashami and Sidharth’s pairing over ‘Sidnaaz’, which made her a subject of trolling by ‘Sidnaaz’ fans. The actress had not taken the trolling quietly and had given some savage replies to trolls.

Devoleena's statements did not go down well with SidNaaz fans, who trolled her brutally for speaking ill about their favorite duo. Amongst the savage replies by Devoleena was a reply that had made the netizens more manic and they started trolling Devoleena over her replies too. Well, what are your thoughts on this trolling war? Will it ever going to end?

Celebrities in this Article: Devoleena Bhattacharjee

Rubbing it in! Neha Dhupia brings roadies troll reference in an anniversary post

Divya Bharti died at nineteen: 27 years later, her untimely death remains a mystery to many

A.R. Rahman's daughter Khatija trolled for wearing a niqab at an event; Here's her fitting reply

Kareena Kapoor trolled for ‘marrying a Muslim’, Swara Bhasker comes to her rescue

Shamshad Begum is No More!