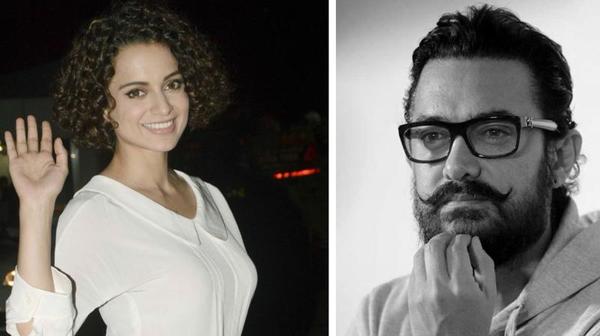 Earlier, in Karan Johar's Koffee With Karan, Kangana Ranaut had said that she doesn't want to work with three Khans of Bollywood - Aamir Khan, Shah Rukh Khan and Salman Khan. However, recently, in an interview with an online portal, the Kangana admitted that she wants to play Madhubala in Kishore Kumar's biopic if Aamir Khan is playing the veteran's role. On the other hand, Aamir Khan is also fond of Kangana Ranaut and considers her as one of his favorite actresses in recent times.

Undoubtedly, Aamir and Kangana will look breath taking on screen. We will wait to see the collaboration and would be keen to see the love banter between them onscreen.

Meanwhile, Kangana Ranaut will be seen playing the role of late actress-politician Jayalalithaa in her biopic named Thalaivi. Directed by AL Vijay, the film is a trilingual film and will release in Hindi, Tamil and Telugu.

Vijayendra Prasad wants Kangana Ranaut to direct her own biopic

Kangana Ranaut to team up with Aamir Khan?

Aamir Khan want’s cousin Mansoor Khan gets back to direction

Sonam: Kangana Ranaut would play a better 'shopaholic' than her

Is Talaash Worth The Price of a Ticket?