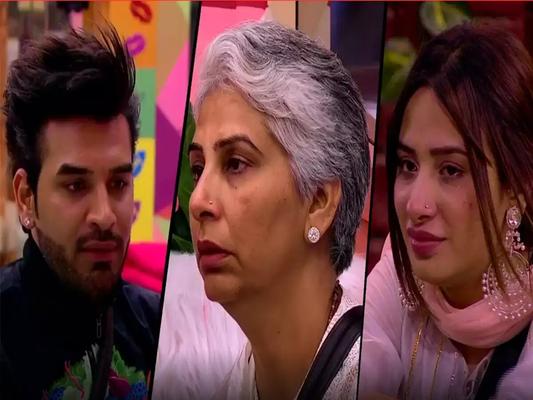 Recently, Mahira paid visit to Paras' house and met his mother. Mahira spent quality time with Paras' mother and a picture of the trio is currently doing the rounds on social media.

As soon as the picture got surfaced on the internet, netizens commented and asked, “Lo bhai ye b pakka ho gya rishta…?” while one stated, “Paras please marry Mahira.” Many netizens also commented that they are really happy for Paras and Mahira.

Mahira and Paras made headlines due to their chemistry during their stretch in the 'Bigg Boss 13' house. They both recently collaborated for a new music video titled "Baarish" which has fetched an amazing response from their fans.

Paras' swayamvar show 'Mujhse Shaadi Karoge' recently came to an end due to low TRP ratings. The TV actor, who rose to fame after winning 'MTV Splitsvilla', chose actress & ex 'Roadies' winner Aanchal Khurana as his ideal match however the duo didn't tied the knot in the finale as expected before.

What cooking between them? Ranbir and Mahira Khan caught in New York city

Farhan Akhtar: Mahira Khan is not replacing in Raees

Mahira Khan: Working with SRK has been a dream come true