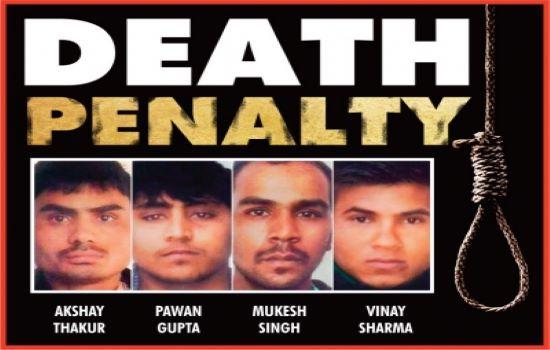 Three convicts in Nirbhaya rape and murder case have loomed the International Court of Justice (ICJ) looking for stay on the execution of their death sentence.

The ICJ has authority in cases where there is an argument between two countries. Meanwhile, the Supreme Court rejected the plea of Mukesh Singh, the fourth death-row convict, seeking reinstatement of all his legal remedies alleging that his earlier lawyers misled him.

A 23-year-old physiotherapy intern, who came to be known as 'Nirbhaya' (fearless), was gang-raped and savagely assaulted in a moving bus in south Delhi on December 16, 2012. She died after a fortnight. Six people, including the four convicts and a juvenile, were named as accused. Ram Singh, the sixth accused, allegedly committed suicide in Tihar Jail days after the trial began in the case.

OMG! Salman Is Convicted, Bailed Out

Film Producer takes Sara Ali Khan to court, over a dispute in dates for her debut film

Sunny Leone will receive PETA's person of the year award

Hollywood Stars Did Biopics and Did Full Justice To Their Roles

US Dept of Justice Website Attacked in Operation Last Resort