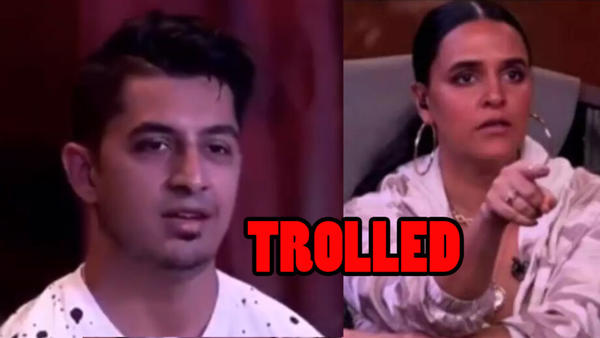 After being trolled for 2 weeks, Neh Dhupia has finally broken her silence. In a post on her social media, Neha has said that she stands by what she said to a contestant during the recent Roadies auditions.

For the uninitiated, it was during the Roadies Revolution auditions, a young man stated that he had slapped his ex girlfriend when he found out that she was cheating on him with 5 other guys. Neha got very angry after hearing this and said, "Yeh jo tu bol raha hai na ki ek nahi paanch ladko ke saath gayi thi... sun meri baat - it's her choice. Maybe the problem lies with you. Nobody gives you the f***ing right to slap." Neha's angry outburst and behaviour with this contestant irked Roadies fans who took to social media to trol her. Their contention, how is Neha ok with a girl slapping a boy (in one of the previous seasons' aditions) and so angry at a guy slapping a girl. They are also trolling her for promoting cheating.

Responding to these trolls, Neha has saidRoadies is a show that I have been part of for five years and enjoyed every bit of it. It takes me all over India and gives me the opportunity to team up with absolute rock stars from all parts of the country. What I do not like or accept is what's happening for more than two weeks now! Recently during one of the episodes that aired, I took a stand against violence. Cheating is not something I stand for, and it is unfortunate that I have been misrepresented for the same. But what I do stand for is women's safety. I stand by the fact that NO MATTER WHAT... physical abuse or assault is not acceptable. I urge people, whether man or woman, to educate themselves about domestic violence... If you're a victim of abuse, please stand up for yourself. You are not alone. "

Nauman Is The Ultimate Roadie

Are You Headed For Splitsvilla?

Kangana Ranaut on Pulwama: Who lectures about non-violence should be put on a donkey & slapped!

Daniel Weber: Sunny slapped a reporter, that story is complete and utter nonsense

Why Was Gauhar Slapped?

Rannvijay Is Now A Married Man!