All Regular Visas Have Been Suspended Amidst Corona Scare! 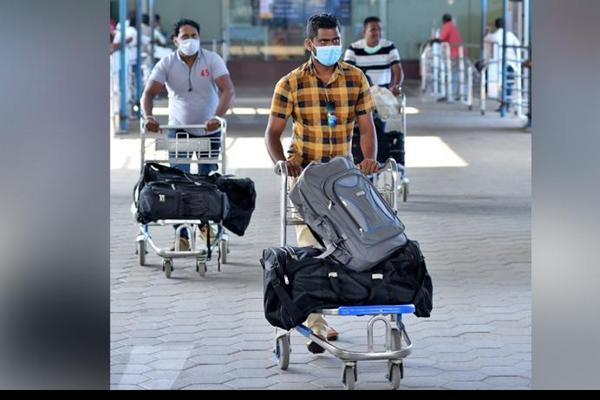 The Indian government on Wednesday said that all existing visas, except diplomatic, official, UN/international organizations, employment and project visas, stand suspended till April 15 amid coronavirus outbreak in India.

Earlier, the government had suspended visas and e-visas for nationals of Italy, Iran, South Korea, Japan and China. The decision was taken during a high-level review meeting chaired by Cabinet Secretary Rajiv Gauba with secretaries of the concerned ministries or departments to review the status, actions, preparedness and management of COVID-19 cases in the country.

"All regular (sticker) Visas/e-Visas granted to nationals of France, Germany and Spain and issued on or before March 11 and who have not yet entered India stand suspended with immediate effect," said a Bureau of Immigration notification issued late Tuesday night. Regular visas, including e visas, granted to all foreign nationals who have travel history to these countries on or after February 1 and who have not yet entered India also stands suspended, it said.

The new notification was issued shortly after Cabinet Secretary Rajiv Gauba on Tuesday held a high-level meeting of secretaries of various ministries and departments, contending to contain the spread of the deadly Covid-19.

US Set to Scrap Student Visas!

How Does US Immigration Ban Affect Indians?

Guess Which Country's Passport has Been Declared the Most Powerful?

Neha Dhupia strongly reacts to AP official assaulting a female employee, "Where does this entitlement, ego, anger come from!"

Ajay Devgn: Learnt about Maratha history while prepping for 'Tanhaji'

Anupam Kher is upset about not granted Visa to Pakistan

Did You Know This History Behind IWD?

After the IOA, Indian Boxing Federation Gets the Boot!

Watch this two and a half year old - Amazing!
LATEST EVENTS / GALLERIES
Most Read
...loading