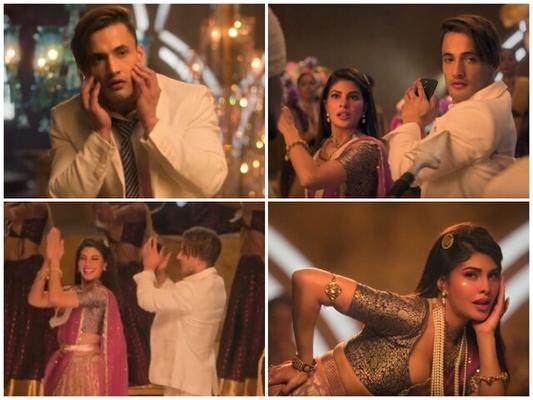 Holi song Mere Angne Mein was launched by T-Series on Monday and the video follows the theme of a time peripatetic man. Bigg Boss 13 fame Asim Riaz's segment appears with Jacqueline Fernandez as they try to figure out their dynamics in the peppy number sung by Neha Kakkar.

Jacqueline has danced with grace in the upbeat track. She is seen as a princess in an old-style outfit and jewelry. Sets and setting resemble a traditional castle setting. Asim has not much to do in the Mere Angne Mein music video and features in few segments as his character tries to understand the new scene he is in. The video travels between the 1400 AD and current time.

Mere Angne mein music has been modernized by composer Tanishk Bagchi while its video has been shot by director duo Radhika Rao and Vinay Sapru. Choreographer Shabina Khan has taken charge of the dance department.

Asim will also feature in a music video with Bigg Boss 13 co-contestant Himanshi Khurana, set to release on March 18.

Get ready to see Jacqueline Fernandez and Asim Riaz together in a music video?

Kareena and Imran On The Sets Of Gori Tere Pyar Mein

Holi Flashback with SRK and Gauri