OMG - Rashami Desai Has Been Signed for Naagin 4! 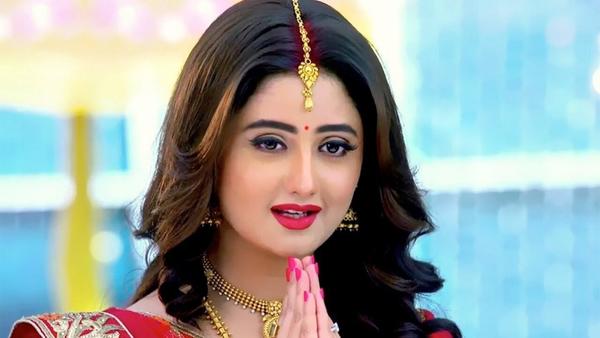 Actress Rashami Desai, who gained immense popularity with her stretch in Bigg Boss 13, is back in action. As per the latest news, Rashami has replaced Jasmin Bhasin and she will now play the role of Nayantara in Naagin 4.

Rashami and Jasmin have shared screen space together in Colors' Dil Se Dil Tak. However, it is guessed that both the actresses have not been in good terms. And look the irony now that Rashami has substituted Jasmin in the show. We hear that Rashami is expected to begin her shoots from tomorrow and her entry is most likely to air this Sunday.

It can be recalled that Jasmin decided to quit the show when the makers weren't sure about her character's return to the show. In a recent interview, when Jasmin was asked about her re-entry, she had said that if the story demands and if she doesn't have any commitments, she would definitely like to return. But now Rashami is replacing Jasmin is quite surprising!

Naagin 4 stars Nia Sharma, Vijendra Kumeria and Anita Hassanandani in the lead roles. Another actress whose character will soon come to an end in the show is of Sayantani Ghosh.

Well, how excited are you to see Rashami in Naagin 4?

Celebrities in this Article: Rashami Desai

Karishma Tanna is the New Naagin in Town!

When Mouni Roy was a bundle of nerves

Awesome Thigh Exercises to Get into Shape