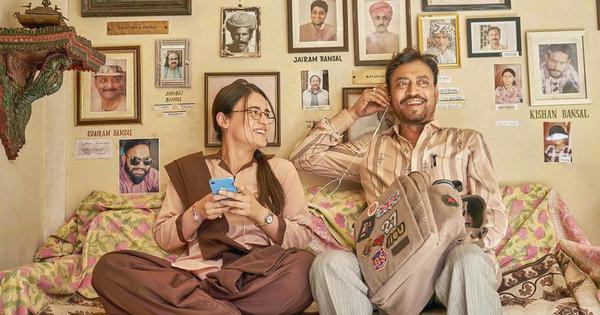 It was reported that like a few other films, the release of Angrezi Medium will also be postponed considering the Coronavirus scare. This disappointed many fans who had been waiting for this film, especially after wathing the teaser and the songs. Fans were especially excited about this film because it marks Irrfan Khan's return to work after his battle with the big C!

But speculations have been put to rest. Producer Dinesh Vijan has confirmed that the film will release as planned on March 13 2020. So don't let the virus scare you. Take care of your personal hygiene, avoid touching surfaces in public spaces, avoid touching your own face, keep a hand sanitizer handy, and go watch the film!

Amitabh Bachchan Sends a Note to Radhika After Watching Her Film

Angrezi Medium - Watch Out for Bebo in this Irrfan Khan Film!

Good News for Fans - Irrfan Khan is Back to Work!

Is Raaz 3 Worth Your Money?

Homi Adajania: Was clear that Angrezi Medium would be made with Irrfan only

'Angrezi Medium' trailer out: Irrfan as Radhika Madan's father goes to any extent to fulfil her small-town obsession with the ‘foreign’ dream

'Angrezi Medium': Vidya Balan pens a heartfelt note for Irrfan Khan; writes 'can't wait for you to serve us the best lemonade ever

Angrezi Medium: Kareena and Irrfan Khan's first look will leave you excited for the sequel

Kareena Kapoor's cop-look from Angrezi Medium is out; see pics

Love Those Who Love & Care For You
LATEST EVENTS / GALLERIES
Most Read
...loading