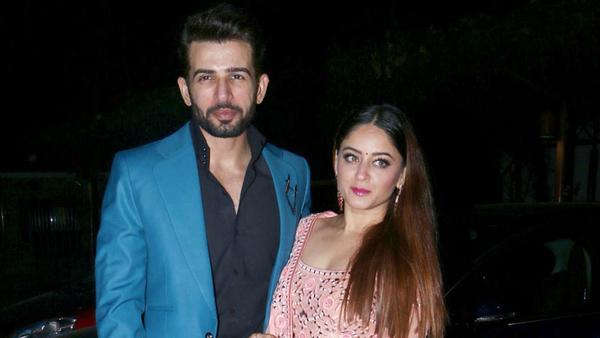 Jay Bhanushali and Mahhi Vij recently joined Paras Chhabra and Shehnaaz Gill on Mujhse Shaadi Karoge. Mujhse Shaadi Karoge introducing BB 13 contestants Paras Chhabra and Shehnaaz Gill has been keeping the viewers entertained with loads of drama, action, and laughter. While the contestants are trying to win Paras and Sana's hearts', they are leaving no stone unturned to test their patience and love for them.

The last day episode was an overdose of entertainment as TV’s cutest couple Mahhi Vij and Jay Bhanushali are seen helping Paras and Shehnaaz to find an ideal match for them. In the show’s video, the duo asks Paras and Shehnaaz to designate the kind of partner they want in their life. Shehnaaz shares a big list, saying that she wants someone tall, dark, pumped up and good-looking. Shehnaaz reveals that she wants a guy that her mother will like. Jay probes her further, to which Sana adds that the guy should have an attitude. Here, Jay goes on to take a dig at Sana, saying that if the attitude is the case, then Mayank is the best option. Sana quells his statements and says that he will never become what he is trying to be. However, Jay comes back saying that every time a girl says NO to a guy, she eventually falls for him.

Well, the episode is full of fun and lot of entertainment. Do catch all the episodes if missed any.