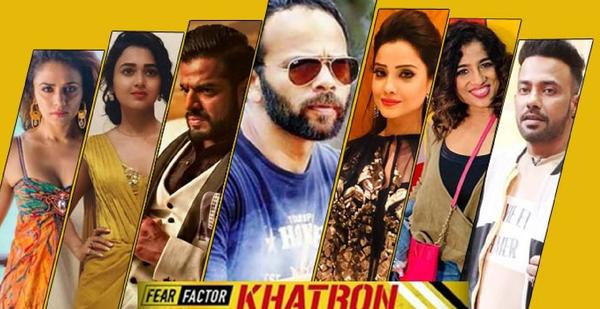 If reports are to be believed, Karan Patel is going to be a part of the Special Edition of K3, where contestants will be performing for 10 episodes.

Karan is all set to vitrine his adventurous side with Rohit Shetty’s reality show Khatron Ke Khiladi 10. The show has been in the limelight for many days, courtesy its interesting lineup of contestants. For the show, Karan Patel is the highest paid contestant. It has a total of 14 contestants including celebrities Karishma Tanna, Amruta Khanvilkar, RJ Malishka, Tejasswi Prakash, Shivin Narang, Adaa Khan, Dharmesh, Balraj Sayal and Karan Patel.

If media reports are to be believed, Karan is getting paid 5-6 lacs per episode, and with that, he is also the highest-paid celeb on the show. A source close to a media house revealed the same stating, “The special edition will have at least ten episodes, and will be shot in Bulgaria. The contestants will fly down soon to be a part of the show. Karan, who is a part of the upcoming season has also been roped in for the show and will be receiving almost 6 lac per episode making it close to 60-70 lac for the edition.”

Well, Karan Patel was last seen in Ekta Kapoor’s Yeh Hai Mohabbatein as Raman Bhalla and gained popularity for his portrayal amongst the masses. The show went off-air recently, and rumors surrounding a digital show, also starring Divyanka Tripathi has been doing the rounds ever since.

Khatron Ke Khiladi will be aired on Colours TV from February 22, with Rohit Shetty as the host of the season.

Celebrities in this Article: Karan Patel

So This is Why Karan Patel aka Raman Bhalla is Missing From YHM!