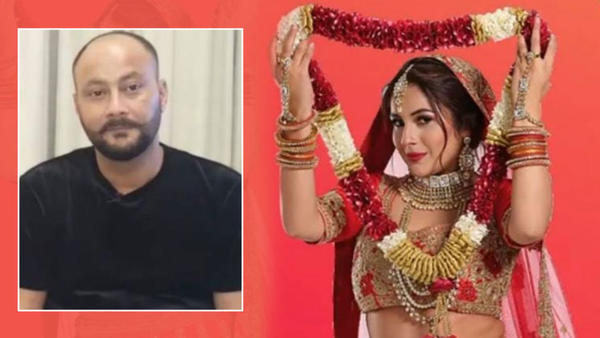 Colors channel has declared a new show with two members of the Bigg Boss 13 house: Mujhse Shadi Karoge with Shehnaaz Kaur Gill and Paras Chhabra. Shehnaaz’s father, Santosh Singh Sukh, however, is not too happy about the news.

Talking to the media, Santosh Singh expressed his displeasure saying, "I don't want to make my daughter Rakhi Sawant from Katrina Kaif. Will not let my daughter get married. These people knew that Shehnaaz could win the show, but the makers made this plan to win the show to Siddharth Shukla.”

Shehnaaz’s father further said, “They have made sure the (Swayamvar) promo is already out because they wanted the voting for Shehnaaz to stop so that they could make Sidharth Shukla the winner. My daughter has really worked very hard throughout the show but now she is just being given Rs 10 lakhs as compensation. They have made her toil so hard. There are other contestants who have been paid Rs 2 crores but they haven’t quite done anything in the show. But my daughter is just given Rs 10 lakhs. She has done so much in the show and now they are literally driving her mad and they are making her do things.”

Well, let’s see how things go for Shehnaaz. Do you think it’s a right move for the singer to start a swayamvar on TV?

Shehnaaz Gill Has Marriage Plans, Do They Include Sid?

Shweta Tiwari's daughter Palak is in talk, will make her debut opposite Darsheel Safary

Mahesh Bhatt words my Daughters are my ringmaster

Sonam And Anil Kapoor At The SAF Gala

Chinese guy jumps out of moving car to save his daughter
LATEST EVENTS / GALLERIES
Most Read
...loading