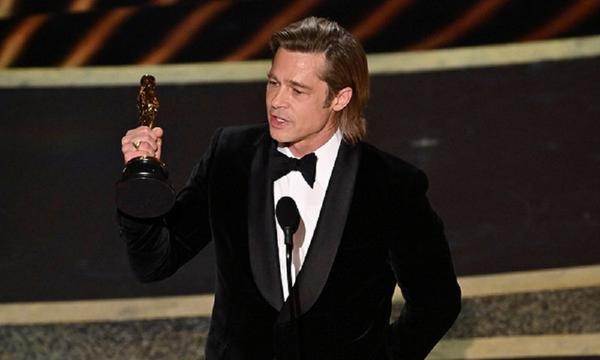 After an acting career spanning 33 years, Brad Pitt finally won an Oscar award for Best Actor! Quentin Terentino made the flavour of the season "Once Upon a Time in Hollywood", the story of a stuntman. Brad Pitt plays the stuntman Cliff Booth, who does stunts for TV actor Rick Dalton, played by Leonardo Di Caprio.

Talking about his win, Brad said, "Listen, I've been gobsmacked. I'm not one to look back but this has made me do so," he told the audience. "And I think my folks taking me to the drive in to see Butch and Sundance and loading up my car and moving out here, and Geena and Ridley giving me my first shot, to all the wonderful people I've met along the way to stand here now. Once upon a time in Hollywood, ain't that the truth."

Other actors nominated in the same category were Sir Anthony Hopkins, Al Pacino, Tom Hanks and Joe Pesci. We all know these people to be the very best actors in Hollywood, well known for being masters of their craft. It is really a big deal to be in the same category as these biggies! Job well done, and award well deserved!

PeeCee on Live With Kelly