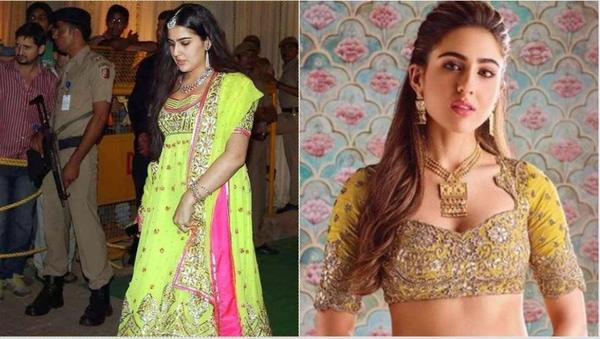 Sara Ali Khan is one of the most talented newcomers of Bollywood. Before she began her career in the Hindi film industry, Sara had revealed that she suffered from PCOD and how it added to her rapid weight gain. We all know, she worked hard and crushed the health issues and today has the physique many would desire for.

In a recent chat with a media house, Sara opened up about how she began her fitness journey and shared, “I remember saying you know what I am going to do it and I went to the gym and I did 3 crunches with a weighted ball in my hand and I couldn't do more because I was heavy and I was not fit and I left the gym and I came home and I said that you know what, I don't know if I can do this.”

However, the actress continued to add that she did not give up. She stated, “Maybe I can’t and I woke up the next day and I went back to the gym and I did 4 crunches and then I did 5 and then I did 6 and I really don't need to boast but I am down for a crunch challenge right now. I did a lot of abs this morning.”

On the work front, Sara is presently busy on an advertising spree for her upcoming film Love Aaj Kal along with rumored beau Kartik Aaryan. Directed by Imtiaz Ali, the romantic drama is slated to hit theatres on 14th February.

A little sparkle, a lot of shine! Sara Ali Khan looks regal in THIS traditional attire

Sara Ali Khan on being a star kid, 'People are waiting for us to make a mistake'

Cutting a Pineapple Was Never So Easy
LATEST EVENTS / GALLERIES
Most Read
...loading