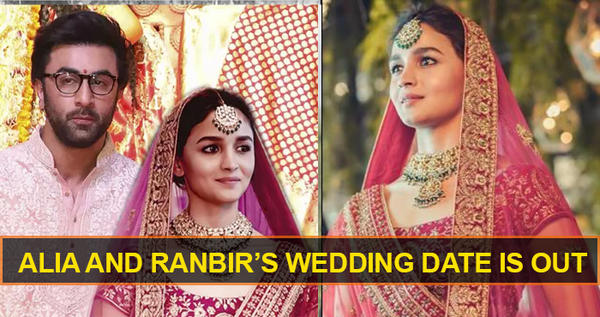 The latest reports on the Bollywood couple- Alia Bhatt and Ranbir Kapoor suggest that they are looking forward to barring a wedding date in December. The buzz has reportedly been prompted off by an article in Open magazine.

"Alia and Ranbir Kapoor are set to tie the knot in December this year, not long after the release of 'Brahmastra' on the 4th of that month," said the article by film critic and entertainment journalist Rajeev Masand.

The article also stated that prep for the speculated December wedding has started already in the Bhatt and the Kapoor households. Relatives of Alia and Ranbir have already been informed about the wedding date, stated the report: "Preparations are already underway; their extended families have been asked to mark off those dates to join in the celebrations."

Alia recently accompanied Ranbir and his mother Neetu Kapoor to Armaan Jain and Anissa Malhotra's wedding reception. She also flew to New Delhi to visit Rishi Kapoor, who was briefly admitted to a hospital.

Well, if the December shaadi rumor turns out to be true, then Brahmastra will be shadowed by a much awaited big fat wedding. No doubt that fans will now look forward to Brahmastra with double the enthusiasm.