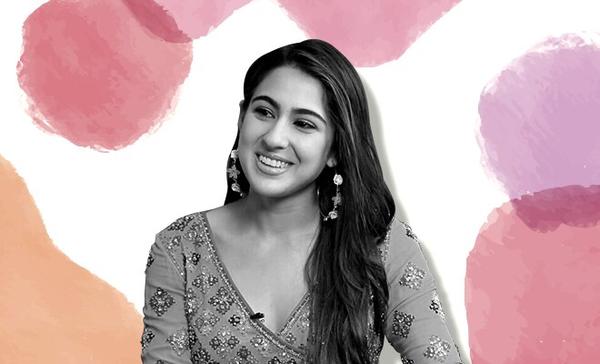 Trolling never goes well with celebrities. Newbie Sara Ali Khan, however has never been the one to share her feelings or thoughts. Recently, when she was trolled for a particular scene in Love Aaj Kal, she forthrightly revealed that it did hurt her feelings.

In one of the scenes of the trailer, Sara is seen telling Kartik, "Tum mujhe tang karne lage ho." Many memes were made on this scene and Sara was criticized for her appearance in this particular shot. In a recent interview with a media house, the Simmba actress opened up on dealing with trolls and how it all affected her. Love Aaj Kal also stars Kartik Aaryan in a lead role and is directed by Imtiaz Ali.

She said, "I don't mind being trolled for being fat. I don't mind if you troll me for wearing a cap. But I am here to act. That is my job. That is my profession. That is serious. So, when I am trolled for that, suddenly, with all the confidence still intact, it is harder for me to sit there and say ignore the trolls. For the first time, it actually kind of hurts. It hit me."

Talking about the standards that a heroine has to maintain in the film industry, Sara said, "It is not a pretty shot. It is the archetype of the heroine ki rote waqt, marte waqt, khaate waqt... kuch bhi karo, aapko achha lagna chahiye." Concluding, she said, "There is only learning to go from here."

Love Aaj Kal is set to release on Valentine's Day this year. This is Sara's third film after Kedarnath and Simmba. She has bagged her fourth film - Atrangi Re - with Akshay Kumar and Dhanush.

Mira Kapoor Gets Trolled for Being a Celebrity Wife!

See the pic and read the caption of Sara, which shows that she is a total foodie

Sara Ali Khan will next be seen in Imtiaz Ali's upcoming movie Love Aaj Kal, which is a take on what Love means in today's generation.

In Pic: Sara Ali Khan reveals that she has a 'woman crush' on her mom Amrita Singh